In March of 2016, we reported that CU Anschutz | CU Denver Office of Grants and Contracts (OGC) grant proposals had passed the $1 billion dollar mark following their transition into the InfoEd Global (InfoEd) suite of Electronic Research and Administration (eRA) tools. While this achievement was nothing short of phenomenal, the OGC team did not stop there, but continued to break submission records. Learn about the OGC’s amazing accomplishments in 2016. 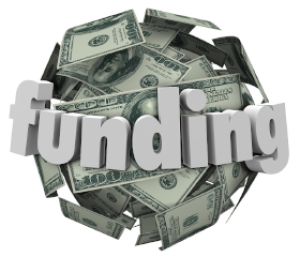 OGC submits to several grant funding sponsors, including Department of Defense (DOD), Department of Justice (DOJ) and others. The National Institute of Health (NIH) is a primary funding sponsor for CU. February, June, and October are critical submission deadline cycles for various mechanisms such as large research and career development grants. These deadlines traditionally bring late nights and weeks of stress worrying about meeting submission deadlines.

In April 2016, UIS, OGC, InfoEd and the campus eRA teams partnered to upgrade the eRA system to version 13.808.01E. This upgrade brought a number of fixes and enhancements to the system, but also many changes to business processes both at OGC and for the vendor. Zachary Keys, UIS’s Director, eRA, states that with the efficiencies the upgrade introduced, grant administrators are now able to spend more time getting work done and less time working in the system. Grant Administrators were able to submit more proposals than ever before and even surpassed the $1-billion-dollar record one month earlier than they reached that mark in 2015 to $1.194 billion! In October, 2016, OGC submissions had increased by 28% over the previous year and 37% for the month of October itself. Even the numbers from the June to October deadline increased significantly, as shown in Table 1.

Mary Powell and Dung Pham, IT Senior Professionals in the OGC, implemented several business process changes to align with the enhancements. They further aided in efficiencies across the campuses by providing training to their teams and department personnel helping to ensure timely submission of grant proposals. “The proposal submission process is streamlined since the eRA system was implemented,” says Pham. “The Pre-award team has done well with streamlining their processes to align with the upgrades so there are rarely delays in reviewing a proposal and returning it to the department and Principal Investigator (PI). Grant administrators have also done a good job of getting their applications routed on time and incorporating OGC’s edits to get a strong application to the sponsor.”

The vendor also continues to provide 24-hour system-to-system support, which wasn’t even needed during this critical deadline given how well the system is now working. UIS and the eRA teams are constantly enhancing the tools and processes for greater efficiencies, including the development of additional ways to route proposals to save time for OGC for maximum efficiencies specific to the type of proposal.

These updates allowed researchers and administrators to work on the research and proposal refinement, rather than focusing on the proposal technology.