In the September 2014 edition of UIS, at your service…, we reported that the CU Denver | CU Anschutz Office of Grants and Contracts (OGC) was in the midst of rolling out Electronic Research Administration (eRA) proposal development capabilities using the InfoEd Global suite of electronic research administration tools.

Where we went from there

Fast forward to the close of 2015. With the new system in place, faculty prepared proposals in the eRA system and OGC completed the submission process to the tune of over 1 billion dollars. Proposal sponsors include the National Institutes of Health (NIH), the Health Resources and Services Administration (HRSA) and Department of Defense (DoD), among others. This amazing sum captures proposal amounts for the 2015 calendar year only! 2016 is looking to be an even bigger year, with millions of dollars already submitted to funding institutions. For example, for the February 5 deadline, we submitted $124 million in proposals. This included 53 proposals just for this one deadline! 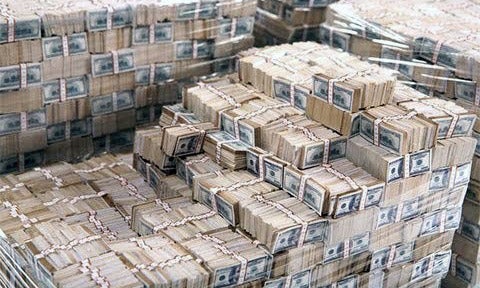 During this 12 month timeframe, OGC submitted more than 3 times the competitive proposals sent to sponsors from January through August 2014 across the entire University of Colorado system (up from $348 million)! Congratulations to Amy Gannon, Director of Grants and Contracts, Betsy Collins, Assistant Director of Electronic Research Administration, Mary Powell, Business Analyst for eRA and Ryan Holland, Assistant Director – Pre-award and Contracting Services for their proposal development leadership.

Getting set up on the new system was a coordinated effort between OGC, UIS, departmental administrative staff and faculty researchers submitting proposals. eRA launched in 2013 with a pilot proposal development project that included several groups. Following successful outcomes from submitted research proposals, the OGC began submitting all of their federal competitive submissions using eRA on October 5, 2014.

Complex projects are led by research faculty from different specialties and submitted using eRA as a single submission. The level of complexity of these types of projects made them cumbersome to complete before eRA.

Having the eRA proposal development application in place has made it more efficient to develop and submit “program projects,” which are groupings of subprojects lead by research faculty brought together from disparate scientific specialties to collaborate on innovative new outcomes they could not develop independently.

“Program projects are incredibly complex and I’m impressed with the way InfoEd (eRA) handles these. It populates significant amounts of information and automatically calculates the budget,” says Mary Powell, Business Analyst, Electronic Research Administration. Submitted proposals can take up to a year to be reviewed and awarded.

Multi-site clinical trial proposals can include coordinating up to 30 subprojects/subcontracts and are submitted via system-to-system as a single submission. When approved, these proposals provide multi-millions of dollars in funding over the life of the trial. Preparing each subproject/subcontract used to take 1-1.5 hours each. Each subcontract upload now takes 15-30 minutes, freeing up a significant amount of time for school/department staff to propose more of these complex projects. This leaves researchers more time for research as they are able to spend less time on the administrative work of proposal development. CU-Boulder is considering implementing this eRA module.