(A) The official seal is a device for lending authenticity to documents which emanate from the university, especially in its corporate capacity. This seal is used primarily on diplomas and official transcripts, certificates of completion for foreign students, written agreements and contracts, Regents publications and invitations, honorary degrees and awards, certification of board actions, and other official documents that have been issued on behalf of the university. This seal also appears on the president's chain of office, the university mace, commencement programs, Regents regalia, Regents web site, and standard stationery items for the Regents.

(B) The Secretary of the University and of the Board of Regents is the custodian of the official seal.

(C) The office of admissions and records on each campus is authorized to use an official seal on those documents requiring authentication and containing information drawn from the official records of that office.

(D) Discretion as to the use of the official seal on other documents rests with the Secretary of the University and of the Board of Regents. 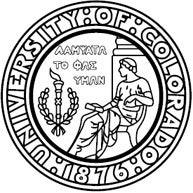 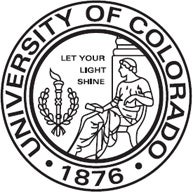 Policy 14.B: Use of University’s Name and Marks in Advertising and Marketing by External Entities

Policy 14.D: Authorization to Form and Contract with Nonprofit Corporation(s) for Developing Discoveries and Technologies of the University of Colorado

The president of the university is authorized to form and contract with a private nonprofit corporation(s) established for the purpose of developing discoveries and technology resulting from science and technology research at the University of Colorado pursuant to C.R.S. 23-5-121, so long as such statutory authorization exists.

The president is authorized to make the annual appointments of the institutional members of the board of directors of such a nonprofit corporation. The Board of Regents shall approve these appointments by president.

The president shall provide the Board of Regents with an annual report detailing the operations of any nonprofit corporation formed under this Policy (14-D).

The Board of Regents recognizes that the unauthorized possession of firearms, explosives, and other dangerous and illegal weapons on or within any University of Colorado campus, leased building, or areas where such possession interferes with the learning and working environment of the University of Colorado is inconsistent with the academic mission of the university.

Article 14.B.3 of the Laws of the Regents authorizes the chancellors of each campus to adopt procedures governing the use of university grounds, buildings, and facilities. Regent Policy 8.A further recognizes that the possession of firearms, explosives, and other weapons on university premises compromises the safety of the university community.

In recognition of its obligation to both preserve the learning and working environment and to recognize the rights of citizens to exercise their rights under the Colorado concealed carry laws, the Board of Regents authorizes the enactment of rules lawfully regulating the possession of firearms, explosives, and other weapons. The President of the University of Colorado may enact such rules for system administration, and the chancellors of each campus may enact such rules for their respective campus. The carrying of a concealed handgun in accordance with the requirements of the Colorado concealed carry laws shall not be deemed unauthorized by such rules.

Nothing in this policy limits the ability of the University of Colorado to enter into contracts for access to events or facilities that are not generally open to the public that limit the ability of students, employees, guests, or other visitors to the campus to carry a concealed handgun.

This policy covers the naming of both major and smaller university facilities. Major facilities include buildings, wings of buildings, recreational fields, plazas, fountains, roadways, walkways, malls, quadrangles, and similar facilities on the campuses of the University of Colorado. Smaller facilities include classrooms, seminar rooms, lecture halls, laboratories, and interior portions of buildings, service facilities, and vest pocket parks, patios, and steps. This document was approved by the Board of Regents on February 28, 1973, and subsequently amended on January 23, 1974, May 17, 1984, September 15, 1988, and September 10, 1998.

A. Guidelines for Functional Designations

1. Each new major facility shall have a functional designation as a part of its name.

2. The chancellor shall approve the functional name for each new major facility, with the concurrence of the president. As appropriate, program plans for construction and acquisition of facilities are approved by the Board of Regents.

3. The chancellor shall approve the functional name for all smaller facilities, with the concurrence of the president.

B. Guidelines for Honorary Names