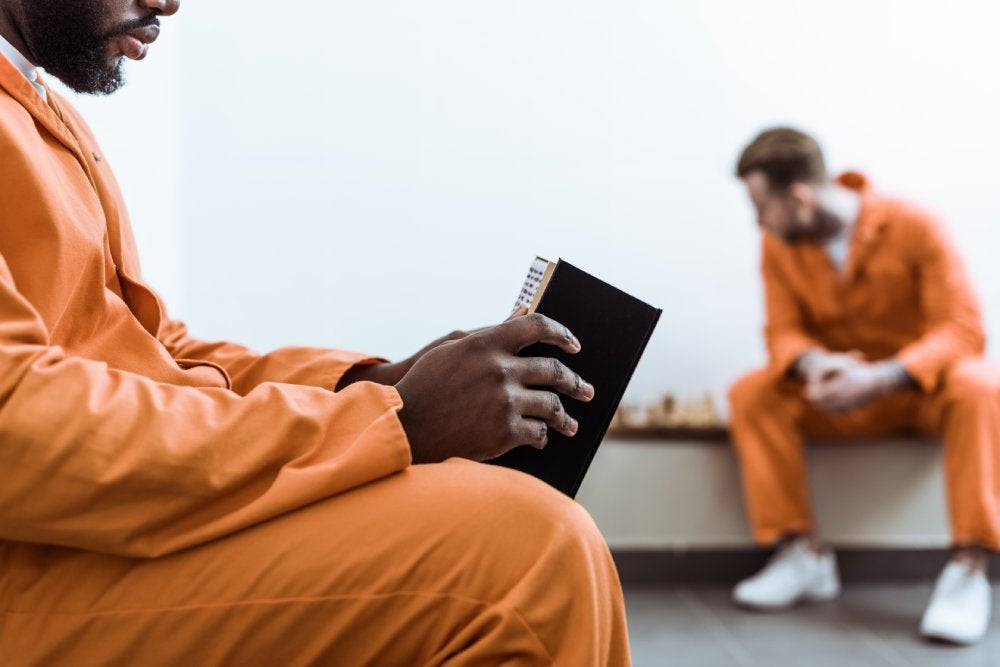 Nationally, the recidivism rate in prisons is above 70%. In Colorado, the Department of Corrections reports a three-year return rate of about 45%. While there are many reasons for this lower recidivism, the University of Colorado Denver, working with the DOC, is proud to be a catalyst in the successful return of former inmates into society. 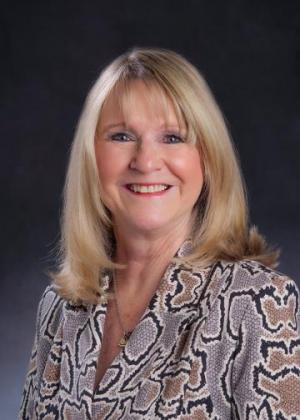 The Prison Education program offers college communication classes that provide incarcerated individuals with the skills and confidence to return to their communities. Although CU Denver has offered classes in the prison system for many years, the program gained momentum in 2020 through a CU working group inquiring into the use of the Colorado Correctional Industries, and the support of CU Regent Sue Sharkey, who had learned of other successful programs across the country.

Sharkey said she had a familiarity with a similar program at San Quentin in California. She requested a presentation to the regents’ University Affairs committee and subsequently, former President Mark Kennedy provided funding to bolster the program, which current President Todd Saliman continues to support.

“I’m proud of CU for taking a significant role and leading the way on this,” Sharkey said. “Looking for ways to provide a path to education for underserved populations has been a priority for me, and people who are incarcerated are often forgotten.

“When they receive an education, it not only benefits them, it benefits society,” she said. “This is a good thing we’re doing.”

Sharkey said she hopes the program will grow to become degree-granting.

Although it’s not possible to track each inmate’s progress once they’ve been released, the positive results are apparent, nonetheless. Take Sammy. 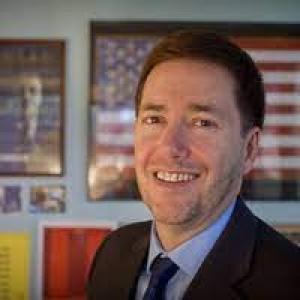 “As part of his parole, Sammy had to get a full-time job. He was applying to a company, and they knew that he had been incarcerated,” explains Stephen Hartnett, the CU Denver professor of communication who oversees the program. “And to make sure he was okay, they wanted him to do an in-person interview with the company’s board of directors.”

While going before the company’s board would be intimidating for any job seeker – let alone a convicted felon – Sammy knew he had the tools to succeed.

“This student had taken our public speaking classes. He'd taken another class we call workplace communication,” Hartnett said. “So Sammy wrote me to say, ‘I knew exactly how to run that interview. I was tall. I was proud. I spoke clearly . . .’ and he got the job.”

The CU Denver-DOC program provides for-credit college classes to students serving time at the Territorial and Sterling facilities. It is offered to 20 inmates at each prison and comprises a sequence of seven classes leading toward a Certificate in Strategic Communication, Hartnett said.

Sharkey lauded Hartnett’s work in the program and his efforts in inmate education over the years.

“We have a significant resource in Professor Hartnett, who is leading the way with this program,” she said.

Ben Boyce, CU Denver lecturer in the College in Prison Program in the Department of Communications, said his student inmates are diverse. “I've got about a third to almost a half students of color and a little over a heavy half of white students, which is this pretty representative of the population of that prison.” 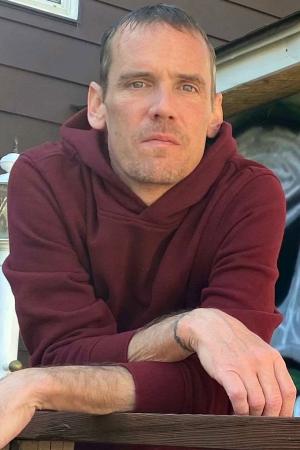 Boyce knows well the difficulties of prison life and how education can turn a person’s life around. Boyce grew up in a tough neighborhood in Battle Creek, Michigan, and was sent to prison after falling into a pattern of drugs and crime.

For Boyce, it’s not only about teaching inmates skills that will help them succeed in society, it’s about changing the system.

“I go back a lot to when I was sitting in prison and realizing that the whole system is set up to keep people in their place; that power dynamic from start to finish is set up to ‘stay in your place, act your part,’” Boyce said.  “[The program aims] to make sure the people in there know that they really are not – there aren't other ways to say it – but they're not $h!t.”

When Boyce got out of prison and started finishing his education, the stigma didn't go away. He felt he needed to stay in his place and “hope to get a job doing the minimum to pay your rent because that's the best you can do if you’re a felon.”

“I luckily got through education that made me realize, oh, there's a little bit more out here that I'm capable of,” Boyce said. “My goal is to make this more and more common and not uncommon. I just prefer to be more of a flag in the sand that says, ‘it’s not as hard as you might have been told if you just have the resources.’” 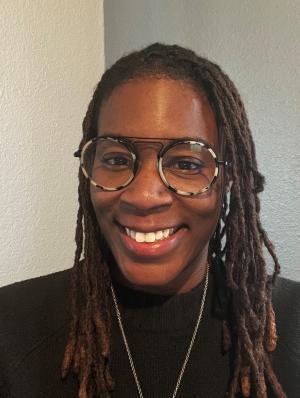 Dr. Diane Lindsey, a liaison to education in the Department of Corrections, administers the prison education program with CU Denver and two other institutions – Trinidad State Junior College and Regis University. She works with Hartnett and Boyce to coordinate classes for the inmates.

The impact on the prisoners has been an inspiration to all of those who are involved.

“We've got a student who's going to get out in another couple of weeks and who's going to return to his family in Mexico. He's going to continue with the program doing Zoom from Mexico,” Harnett said. “What I tell all our students is, look, you're a CU student, you're a Lynx for life. You’re a member of our family. Whether you’re in or out of America, Mexico, we don't care. Stay in touch. Let's keep getting credits.”

Lindsey said the CU Denver classes are Tuesdays and Thursdays – lately mostly virtually because of staff shortages at the DOC – but she encourages the students to study daily.

“I say, ‘I want you guys to be in class every day. I’d rather you be in here bothering me, getting your education, reading, going to the library, typing, doing all of those things to be a scholar,” Lindsey said. “Because at this point, you're no longer trying to be a scholar. You're a scholar now.”

Because communication is at the top of the list of skills needed to succeed in society, the prison education program has focused on that area. But excitement is building in higher education as the possibility of in 2023 lifting the 1994 Omnibus Crime Bill, which denied Federal Pell Grants to incarcerated students.

“If people are in such a bad place that they're doing countercultural things, breaking the law, risking their freedom, and winding up in a pit where they're separated from their families and everything that we consider good about life for years or decades, that's a place that we should make a pit of education,” Boyce said. “If we're going to spend $70 grand to put somebody in a hole, why are we making sure that they almost certainly come back instead of making sure that when they get out, they've got an identity that plays better than the one that landed them there?”

Hartnett said the ability for inmates to get the Pell Grant will be a life changer – and a system changer. Not only will higher education faculty be able to diversify the curriculums to offer inmates degrees in business, health care, etc., the entire higher education system will be further involved.

“Once we learn what [President] Biden wants us to do about Pell Grants, we're going to bring a bunch of people from the financial aid office to prison to help the guys fill out their FAFSAs,” Hartnett said. “So what's happening over time is teachers are involved, administrators are involved, advising is involved, financial aid will be involved. We just want to embed this within the CU community.”

“I'm beyond excited because people who've been incarcerated for 20, 30 years, who have life without a possibility of parole, will have that opportunity to become a better woman, to become a better man and feel proud about something,” Lindsey said. “That's what it's really going to take for them to have a chance, having further education, expanding their minds, changing their attitudes, their perception, and just growing as a person.”

It has been a long time coming, she said.

“How it looked in the 1940s and the ‘50s has to change,” Lindsey said, noting the students-to-be are excited, too. “I have students, individuals who are not even students who ask me all the time, ‘when is it going to be available?’”

Lindsey applauded Drs. Boyce and Hartnett for facilitating conversations on what's really going on in these prisons when it comes to education. She said she has also seen the faculty grow in their understanding of what life is like for the prisoner and become more flexible to meet the inmates’ needs.

“Now the inmates are having the ability to access the resources,” she said. “Because it's proven, you know, education works.”

One need look no further than CU Denver Professor Ben Boyce for that.