The 2021 State Legislative Session adjourned sine die on Tuesday, June 8, 2021. While this was an unconventional legislative cycle at the Capitol due to COVID-19, our team remained engaged and busy lobbying on several budget and legislative issues of impact to the University of Colorado.

Over 600 bills were introduced on a wide range of policy issues, including gun violence prevention, healthcare, transportation, data privacy, tax reform and response and recovery from COVID-19. Below is a recap on the major issues with impact to CU. Additionally, there were several bills of impact that were unsuccessful on topics including collective bargaining, data reporting, workplace harassment and pre-trial reform. We anticipate seeing many of them again next session. Please visit this page for a full list of bills and links to bill text.

Aside from lobbying, we also worked closely with campus and system stakeholders on engagement activities including coordination of witness testimony at the Capitol, town halls between CU students and legislators, a “government relations day” with the Excellence in Leadership Program, panelists for the CU Denver School of Public Affairs First Friday Breakfast, and other events.

Thank you to the Board of Regents, System and Campus leadership, our campus liaisons, budget and legal teams and all of the incredible faculty, staff and student experts for providing critical feedback and strategy to help guide our legislative efforts.

HB21-1067 College Admission Use Of National Test Score (Reps. Kipp, Exum/Sens. Story, Buckner): This bill will make it optional, rather than required, for institutions of higher education to require students to submit a national assessment test score for admissions purposes. Status: Governor Signed

HB21-1328 Concerning the Effective Date of Senate Bill 20-123 (Reps. Herod, Van Winkle/Sens. Fields, Priola): This bill moves up the effective date of SB20-123 Compensation and Representation of Student Athletes from January 2023 to July 2021. Moving up the effective date will ensure our student athletes are not at a disadvantage, compared to other states that have adopted Name Image and Likeness policies that begin this summer. Status: Sent to the Governor

SB21-029 American Indian Bill (Sen. Fenberg/Reps. Garnett, Benavidez): This bill requires institutions of higher education adopt policies to charge resident tuition to Native American students who are members of tribes with historical ties to Colorado. This bill was initiated by a Regent resolution that passed in November. Status: Sent to the Governor

HB21-1173 Prohibiting Legacy Preferences in Higher Education (Reps. Mullica, Gray/Sens. Pettersen, Bridges): Prohibits institutions from using legacy as a preference for admissions purposes. The initial concept prohibited institutions from collecting data on parent education and family relationships during the admissions process. This would inhibit our ability to use the common application and collect important information on first generation, sibling enrollment or family connections in general. Our campus experts helped provide research to support the need for this data and we were able to get the prohibition eliminated before the bill’s introduction. Status: Governor Signed

HB21-1330 Higher Education Student Success (Reps. McCluskie, Ricks/Sen. Zenzinger): This bill provides $51.5 million in federal American Rescue Plan dollars to postsecondary institutions, students and other entities that fit into the postsecondary pipeline. About $9 million of the $51.5 million will go to CU campuses.  The bill implements student success strategies across the state and charges the Colorado Commission on Higher Education (CCHE) with reimaging the role of postsecondary institutions in a post-pandemic world to build economic resiliency and strengthen the state’s workforce. Status: Sent to the Governor

SB21-147 Sunset Continue Licensing of Athletic Trainers (Sens. Fields, Holbert/Reps. Froelich, Van Winkle): This bill continues the regulation of athletic trainers in the Department of Regulatory Agencies, which is scheduled to repeal on September 1, 2021. Two of CU’s campuses employ athletic trainers as part of their athletic programs, and Anschutz employs athletic trainers in physician offices where they function similarly to PAs and RNs. Status: Signed by President of the Senate, became law without Governor signature

SB21-250 Elections and Voting (Sens. Fenberg, Gonzales/Reps. Lontine, Caraveo): This bill makes modifications to several election provisions and adds requirements for institutions of higher education related to notifying enrolled students about voting information and providing data to the Department of State. We were successful in adding amendment language around apparel prohibition and student pass through in high volume places like student unions. Status: Sent to the Governor

SB21-256 Local Regulation of Firearms (Sens. Fenberg, Moreno/Reps. Hooton, Daugherty): Declares that the regulation of firearms is a matter of state and local concern. SB21-256 permits a local government, including a special district, and governing board of an institution of higher education to enact an ordinance, resolution, rule, or other regulation that prohibits a permittee from carrying a concealed handgun in a building or specific area within the local government's or governing board's jurisdiction. Status: Sent to the Governor

HB21-1317 Regulating Marijuana Concentrates (Reps. Garnett, Caraveo/Sens. Hansen, Lundeen): This bill requires the Colorado School of Public Health to do a systematic review of the scientific research related to the physical and mental health effects of high-potency THC marijuana and concentrates. Based on the research and findings, the Colorado School of Public Health will also produce a public education campaign on findings regarding the effect of high-potency THC marijuana on the developing brain and mental health.  The bill includes $4 million in funding to the University of Colorado for the School of Public Health for research and to coordinate High Potency Education. Status: Sent to the Governor

SB21-042 Appropriation to the Advanced Industries Accelerated Cash Fund (Sen. Moreno/Rep. McCluskie): This supplemental appropriations bill provides a one-time $10 million increase to the existing Advanced Industries line item. In the past, CU Boulder has been highly competitive in this field, so this was welcome news. Status: Governor Signed

SB21-215 Use of Open Educational Resources in Higher Education (Sens. Hansen, Rankin/Reps. Herod, McCluskie): This bill reauthorizes the continuation of the Open Educational Resource program run by DHE. It also appropriates $1 million annually for 5 years for grants to institutions that help improve student access to teaching, learning, and research resources. We lobbied both the JBC and legislature to support the funds. Status: Governor Signed

Reauthorization of cybersecurity funds: The Joint Business Affairs committee voted unanimously to recommend that the Joint Budget Committee reauthorize $5.8 million cyber funding for the next three years. UCCS receives $2.8 million from this allocation, which they share with the National Cybersecurity Center. This is a collaborative effort with other higher education institutions across the state, including: Pikes Peak Community College, Colorado Mesa University, Western Colorado University, Colorado State University, and Metropolitan State University of Denver.

$16.0 million increase at the CU Anschutz School of Medicine for Medicaid Upper Payment Limit funding to help with Aurora Health Public Commons development. Secured UPL funding for the University of Colorado School of Medicine through federal matching funds for new programs that expand access to health care through telehealth, provide medical training, and engage community members in improving their care over the next 3 to 4 years.

Tobacco Funds: A last minute change to the forecast for revenues from the Tobacco Master Settlement Agreement (MSA) resulted in an additional $1.9 million for CU Anschutz in FY 2021-22. JBC staff had suggested sweeping the additional revenue into the budget in general but the JBC ultimately voted to distribute the funds to the MSA recipients in law.

Colorado Student Leadership Institute at CU Denver: The Department of Higher Education requested an elimination of this fund. Lobbied to protect the program and $218,000 was allocated in the Long Bill. 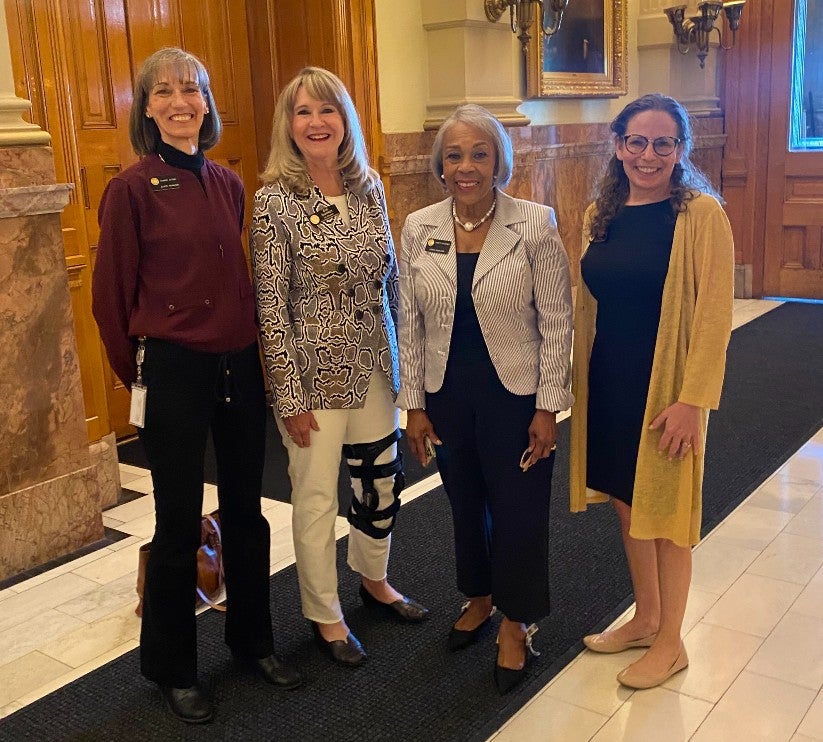 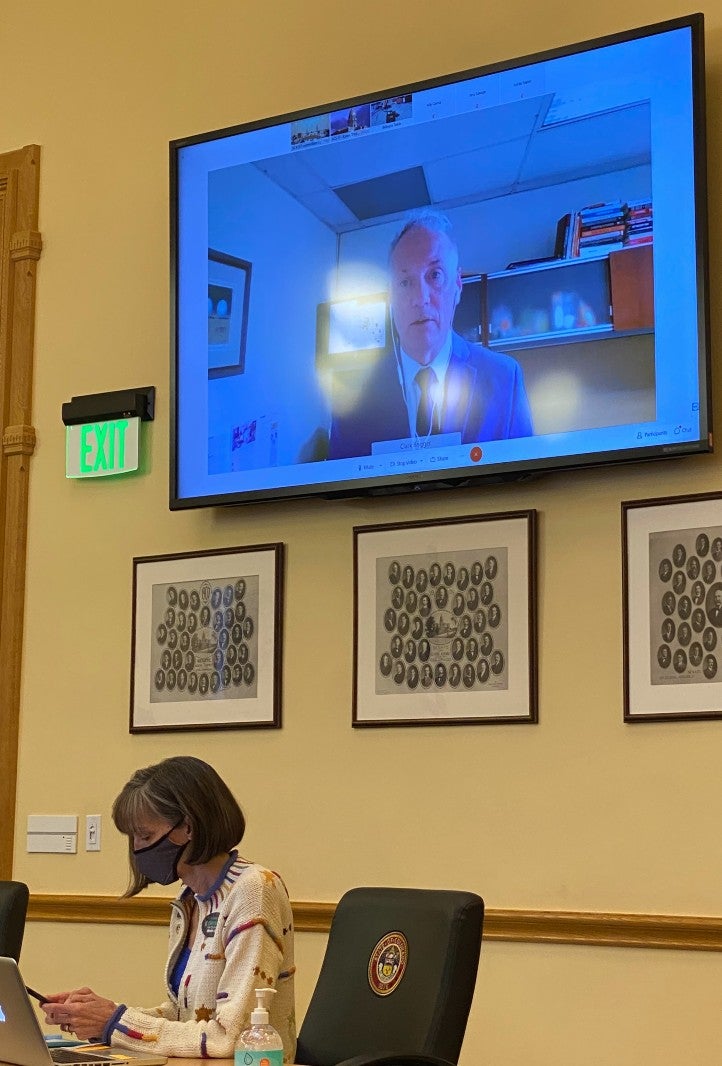 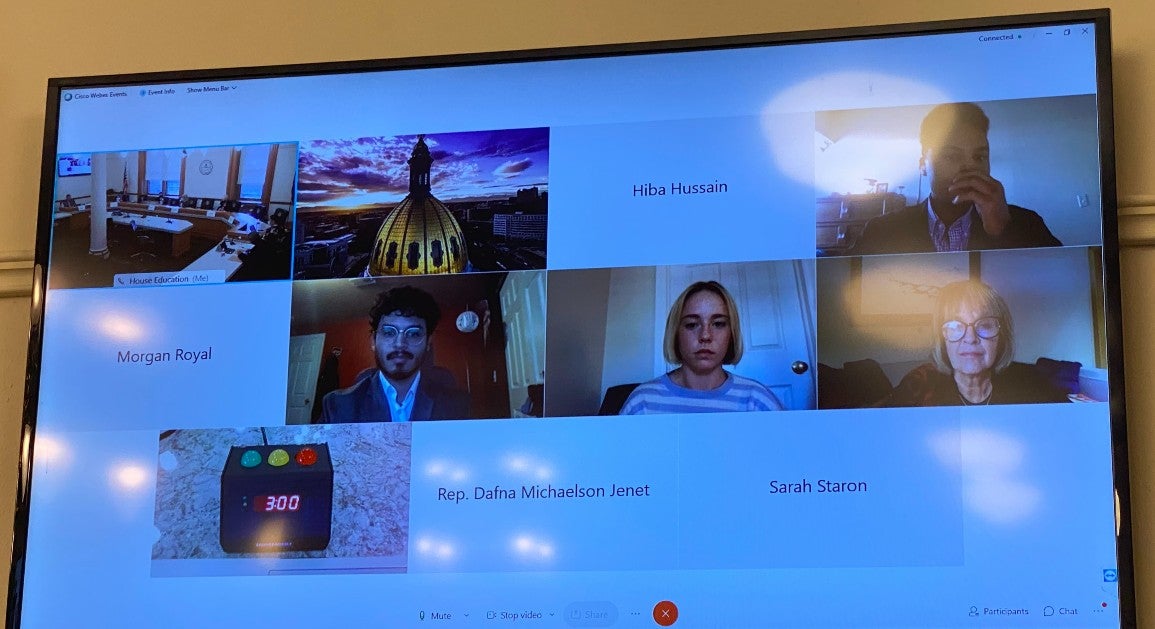