There are no Office of Government Relations events.

Natalie Barry is the Director of Federal Relations and Operations.  She has been with the University of Colorado since 2011, and supports a broad range of administrative, research, writing, and analytical duties that are designed to support CU’s federal relations efforts.  She prepares and sends out the Government Relations department newsletter.  She also works closely with each congressional office to schedule Hill visits and assists with constituent requests regarding issues on campus. Natalie helps plan and coordinate federal events on CU campuses. Additionally, she makes travel arrangements, drafts correspondence, and prepares department expense system reports.

Natalie received a Bachelor of Arts in Communications from University of Nevada, Las Vegas. She and her husband Tyler enjoy living in Colorado and traveling as much as possible. 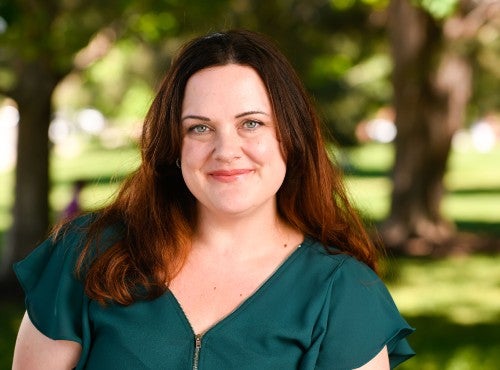 Heather Bené is the Associate Vice President of Research and Federal Policy for the University of Colorado and represents CU in Washington, DC. Bené has worked in government relations for public research universities for nearly 15 years, including over six years at CU. Bené represents the university with federal officials, national organizations and government entities on funding and policy issues related to higher education and scientific research. Her policy portfolio encompasses budget and appropriations; immigration; higher education; tax; and research policy including for the National Science Foundation, National Institute of Standards and Technology, National Oceanic and Atmospheric Administration, and the Departments of Energy and Defense.

Bené has served in numerous national leadership roles, including most notably as President of The Science Coalition, a nonprofit, nonpartisan organization of more than 50 of the nation's leading research universities, including CU Boulder, which is dedicated to sustaining federal investment in fundamental scientific research. Bené has served on the leadership boards for the Association of American Universities' (AAU) Council on Federal Relations and the Association of Public and Land-grant Universities' (APLU) Council on Governmental Affairs. She chaired AAU's Immigration Task Force from 2016-17, a particularly complex period in immigration policy impacting universities, and as the association's energy policy lead in 2020. She is the 2020 recipient of AAU's "Ripple Effect" Impact Award, which recognizes her public service and mentorship contributions both within AAU and across the higher education community.

Previously, Bené worked in the Government Relations Office at her alma mater Oregon State University on state and federal policy and advocacy. Bené managed legislative affairs for Oregon's Higher Education Coordinating Commission, the organization with oversight for Oregon's higher education and student aid systems, in 2014. She also served on the presidential and vice presidential advance teams for the Obama Administration. Bené has a master of public policy degree from OSU. Her graduate thesis analyzed university student voting behavior over six election cycles. She also has bachelor of arts degrees from OSU in English and political science. 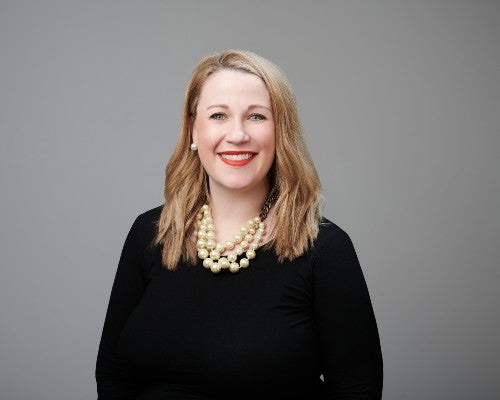 Kathleen Drew serves as Federal Relations Associate for the University of Colorado System’s Office of Government Relations, representing CU in Washington, DC. Kathleen has worked in both higher education and electoral politics, having worked as an intern in the Office of Economic Development and Community Engagement at the Association of Public and Land-grant Universities (APLU) and as both intern and staff for numerous campaigns, including races for the House of Representatives, Senate, Michigan House of Representatives, and Governor of Michigan Gretchen Whitmer. During her tenure at APLU, Kathleen maintained a policy portfolio including workforce development, science and technology, and higher education. As a campaign staffer, Kathleen worked on campaign communications, fundraising, and policy, with specific focuses on higher education, climate change, and health care. Kathleen is a graduate of the University of Michigan with a Bachelor’s in political science and communications. 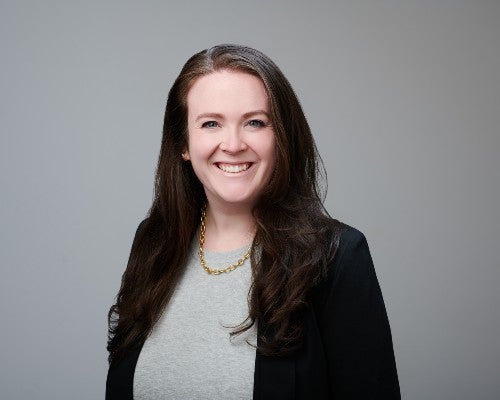 Brett Roude is the Assistant Vice President of Federal Relations and Health Policy for the University of Colorado and represents CU in Washington, DC. He represents the university with federal officials, national organizations, and government entities on health policy issues, medical research and public health funding, health workforce development, and coverage issues. Prior to joining CU in early 2022, Brett worked for the Association of American Medical Colleges (AAMC) and the Association of Public and Land-grant Universities (APLU), where he focused on health equity, workforce development, and issues impacting students. He is a graduate of the University of Delaware with a Bachelor’s Degree in Political Science, and earned his Master’s in Political Management from the George Washington University. A native New Yorker, Brett currently resides in Washington, D.C. 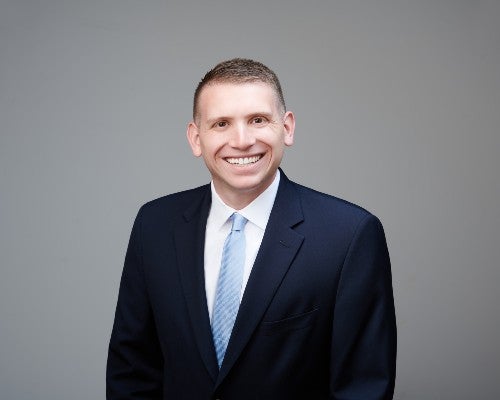 Jack Waldorf serves as Senior Associate Vice President of Federal Relations and Outreach for the University of Colorado System’s Office of Government Relations.  Based in Denver, Jack is responsible for federal activities impacting the University of Colorado System, and its campuses.  This includes representing the university on issues related to federal higher education and research policy and serving as a direct contact between the university and federal officials, including Colorado’s congressional delegation.  Prior to joining CU in early 2013, Jack worked in both the United States House of Representatives in Colorado and the United States Senate in Washington, D.C. serving as a policy advisor for a number of issues, including education, health care, and transportation, and has a deep understanding of public policy and the federal legislative process.  Jack is a graduate of CU Boulder with a Bachelor’s in Political Science and History, and earned his Master’s Degree in Public Administration at CU Denver.  Jack and his wife live in Erie, Colorado with their three sons and black lab. 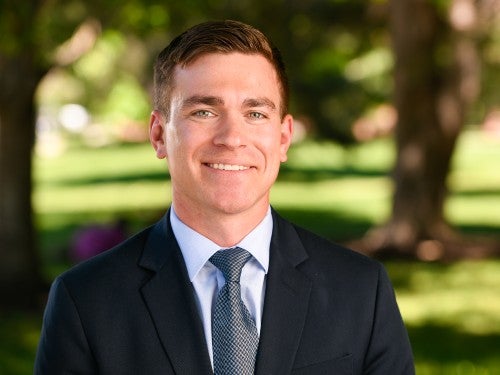 Patricia Garber is the State Relations Coordinator for the University of Colorado’s Office of Government Relations, Outreach & Engagement team. She serves the state relations department which is responsible for CU’s advocacy efforts at the state, including budget and capital requests, legislation of impact and representing all four campuses at the capitol. She will assist the State Relations Director in analyzing and tracking legislation during the state session, as well as preparing legislator bios and assisting the lobby team with coverage of committee hearings and stakeholder meetings.

Patricia has a dual Bachelor’s Degree from Michigan State University in Interdisciplinary Sciences and Professional Writing. She has worked in politics since 2014, starting at the Michigan State Capitol and spending the last three years working for the Colorado House of Representatives. She currently resides in Denver with her Great Dane, Eli.

Angela Rennick is the Director of State Relations on the University of Colorado’s Office of Government Relations, Outreach & Engagement team. She serves on the state relations team which is responsible for CU’s advocacy efforts at the state, including budget and capital requests, legislation of impact and representing all four campuses at the capitol. She is responsible for analyzing and tracking legislation during the state session, as well as preparing fact sheets for use with legislators and assisting the lobby team with coverage of committee hearings and stakeholder meetings. Additionally, she helps prepare correspondence and updates to the university community on legislation. Angela also works with the offices of the Governor, Lt. Governor and state legislators on constituent issues and organizing tours and events throughout Colorado.

Angela has a Bachelor of Arts in International Studies from Colorado State University and a Master in Public Administration from the University of Colorado Denver School of Public Affairs. She resides in Denver with her husband Alex and their dog Ginny. 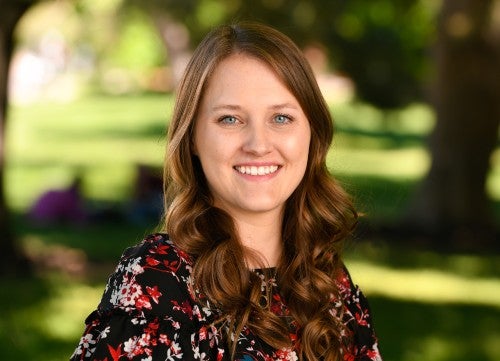 Heather Retzko serves as the Senior Associate Vice President of State Relations. With over fifteen years of experience in both government relations and higher education, she is an accomplished lobbyist and public policy influencer. She leads the University of Colorado’s State Government Relations team, which represents all four campuses at the capitol. The office is responsible for CU’s advocacy efforts at the state, including budget and capital requests and legislation of impact. Through building critical relationships with members of the legislature and executive branch, her team works to translate the value of the University and its distinctive campuses to state leaders so that they in turn remain committed higher education partners.

Heather’s unique background in these sectors has given her an extensive understanding of the interplay between policy and the higher education landscape. She takes special interest in issues related to operations management, Title IX, research, academic affairs and role and mission as well as removing barriers to access for students in Colorado. She recently led advocacy efforts to eliminate the state requirement for prospective college students to submit national assessment scores during the admissions process. Heather is a trusted thought partner and strategist, both to political and higher education leaders alike. She plays a pivotal role driving higher education policy in the State of Colorado. Prior to her work on state issues, Heather also worked on CU’s Federal Relations team on critical research and policy areas.

She has a Bachelor of Arts in Political Science from the University of Colorado Boulder and a Master of Public Administration from the University of Colorado Denver School of Public Affairs. Heather was a fellow in the CU’s Excellence in Leaders Program, a President’s Employee of the Year nominee and serves on the American Heart Association’s Go Red for Women Board of Directors. Born and raised in Aurora, Colorado, she resides in Denver, with her husband Jay and their two children Ryker and Mila. She enjoys camping in Colorado’s great outdoors, is an avid cycler/Pelotoner and a lifelong Bronco fan. 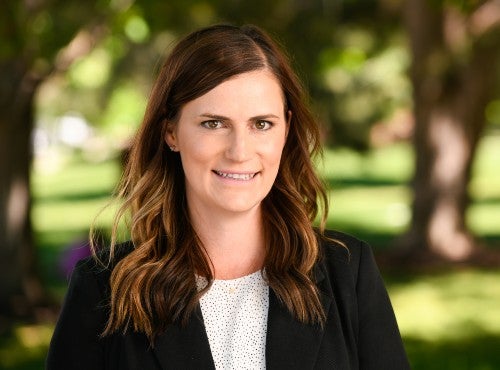 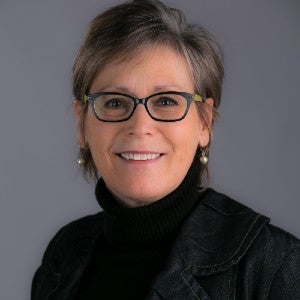 Tony Salazar is the Assistant Vice President of Engagement, leading the Office of Engagement, for the President’s Office at the University of Colorado. Tony is responsible for leading initial outreach and continued engagement efforts that strategically build and sustain relationships with key constituents in communities across Colorado and beyond.

Tony is an experienced non-profit and for-profit C-suite executive. Tony served as the Chief Affiliate Officer for the NEA Member Benefits Corporation, an affinity marketing company based in Gaithersburg, Maryland. Tony also served as the Executive Director of the Colorado Education Association (CEA), the state’s largest labor union with over 38,000 members at the time.

Tony began his career as a Policy Analyst at Colorado Legislative Council, a non-partisan support office for the Colorado state legislature. Later in his career, Tony served as an education lobbyist for CEA, where he also managed successful ballot issue and candidate campaigns.

Tony is the Board President of the Latin American Educational Foundation, a 72-year-old, Denver-based scholarship organization for Latino youth. Tony also serves on the board of directors for the South Metro Denver Chamber of Commerce, and the Fitzsimons Innovation Community. In addition, Tony serves on the board of advisors for the CU Denver Business School. Prior to taking his current role at CU, Tony was on the University of Northern Colorado’s Board of Trustees for two terms as a gubernatorial appointee.

Tony is a northwest Denver native and fifth-generation Coloradan. Tony received a full scholarship to attend the University of Denver, as a first-generation college student, where he graduated with Honors. Tony is also a 2018 graduate of the Latino Leadership Institute Fellowship and a 2021 graduate of Leadership Denver. 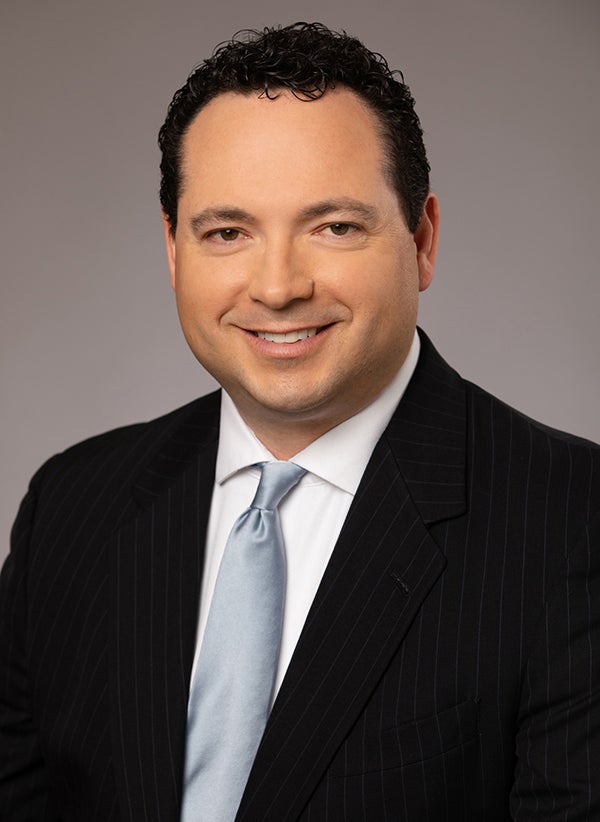 Hear Tony discuss how CU Engagement Builds Relationships that Meet the State’s Needs with CU on the Air Podcast here.