UCCS partnered with the Army Reserve to host a Cyber Private Public Partnership (Cyber P3) Design Workshop on April 19-22. Representatives from more than 30 universities, corporations and military organizations participated. You can read more about the event in the UCCS Communique.

The conference was part of the ongoing effort to create future cyber warriors. UCCS, along with five other top-tier universities, the Army Reserve, and corporate partners teamed up in February to create the Cyber P3.

On April 29, the office of Congressman Doug Lamborn announced that the Congressman worked to secure a $6 million authorization for the program.  If appropriated, this would fully fund the program in its inaugural year. 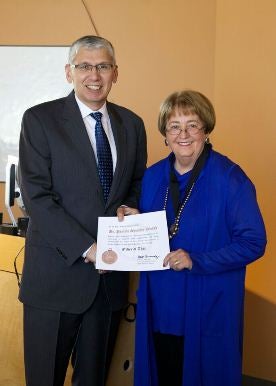