Several legislators were able to attend University of Colorado football games during the fall 2021 season.

Senators Chris Hansen (D-Denver) and Rob Woodward (R-Loveland) and Representative Tim Geitner (R-Falcon) were honored as CU Champions by Regents for their efforts at the state legislature to support higher education during the CU vs A&M football game on September 11.

Senator Chris Hansen (D-Denver) is a champion for higher education and the University of Colorado, especially through his support of our state funding. Most recently he has led support for funding for the Colorado Student Leaders Institute, a program for aspiring students that is housed at CU Denver.

Senator Rob Woodward (R-Loveland) was a key vote in moving forward the appropriation for cybersecurity funding. We are grateful for his support of workforce development efforts, which is an important part of CU’s role in the state.

Senator Tammy Story (D-Conifer) and Representatives Dafna Michaelson Jenet (D-Commerce City) and Yadira Caraveo (D-Thornton) were honored as 2021 Legislators of the Year at the CU vs Minnesota football game on September 18 by President Todd Saliman, Regent Chair Jack Kroll, Vice Chair Sue Sharkey, Regents Lesley Smith, Glen Gallegos, Ilana Spiegel, Callie Rennison, Nolbert Chavez and Chancellor Phil DiStefano. The legislators’ work during the 2021 State Legislative Session will have a major impact on the University of Colorado and the vitality of our state.

Senator Tammy Story (D-Conifer) received the Higher Education Access Champion award for her commitment to increasing student access to higher education through her sponsorship of HB21-1067 College Admission Use of National Test Score.

While unable to join their fellow award recipients at the game, four other legislators received a 2021 Legislator of the Year Award.

Senator Barbara Kirkmeyer (R-Brighton) received the Freshman Champion award for her strong support of the University of Colorado and improving access to higher education. 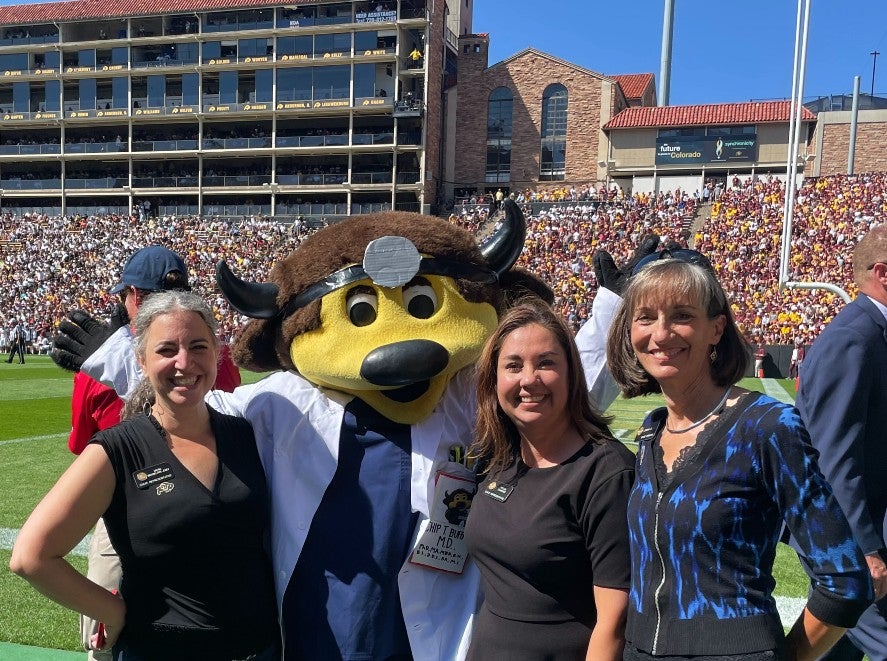 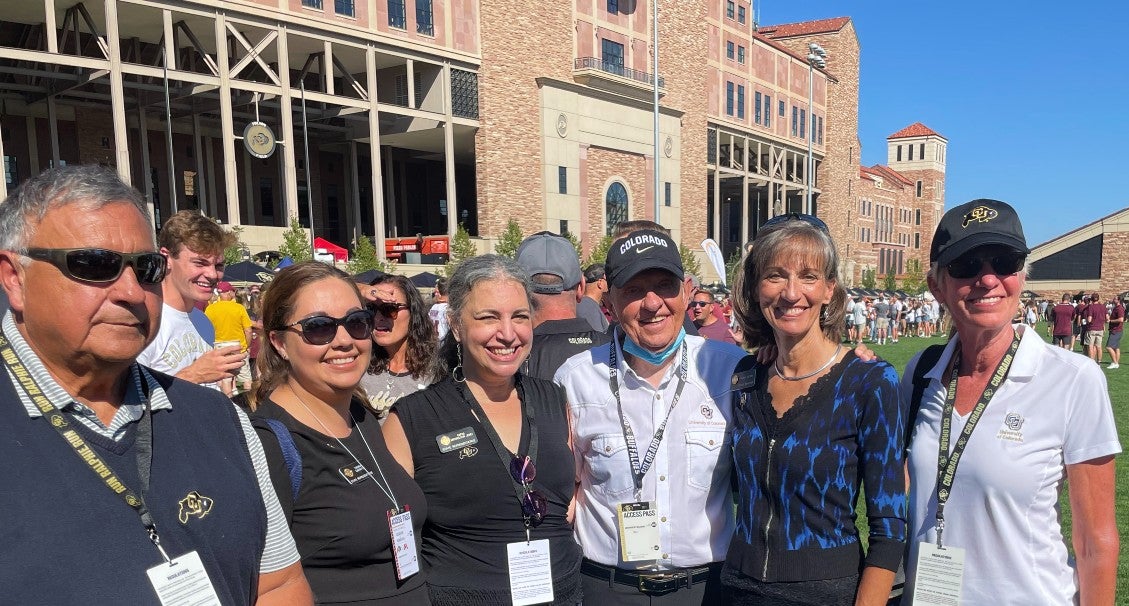