2020 Election Sets Stage For the Next Two Years of Federal Policymaking
Over a month after the election, a few House and Senate races remain undecided. However, President-elect Biden has begun naming appointees to key positions and a picture of the Biden Administration’s key policy priorities has emerged.

In the Senate, 35 of the 100 seats were up for election, including in Colorado, where former Governor John Hickenlooper defeated incumbent Senator Cory Gardner. Much of the president-elect’s legislative agenda likely rides on the outcome of two Senate runoffs in Georgia on January 5th. Republicans will retain control of the Senate if the Democratic candidates do not win both races. If the Democrats do win the races, Vice President-elect Kamala Harris would have the power to use her tie-breaking vote in the Senate to put Democrats in control.

Despite losing a number of seats, Democrats retained control of the House for the 117th Congress after winning 222 seats to Republicans’ 211 at time of writing. In addition, President-elect Biden has announced plans to nominate several House Democrats to senior roles in his administration -- likely opening up two seats that strongly favor Democrats in a special election and giving the Democratic House Majority a narrow 3-vote margin to start the year. Six of seven Colorado members return to Washington next year, with one new face, Republican Lauren Boebert, who defeated Scott Tipton in the primary and will represent the 3rd congressional district.

General Election Impact
Republican victories in either of the two Georgia Senate runoffs would likely result in increased partisan wrangling for at least the next two years. Divided government would certainly slow or even prevent enactment of many of the next administration's legislative policy priorities. Republicans are likely to re-emphasize their concerns for deficit spending, which may bring back the dynamics of the “fiscal cliff” negotiations that frequently occurred during the latter six years of the Obama Administration.

The Biden administration will influence federal policies relevant to CU, particularly through executive orders, rulemaking and federal appointments in addition to negotiating legislation with Congress. A Biden administration is expected to restore and build upon many Obama-era policies. We expect a dramatic shift from the current administration in the areas of immigration, education, energy and climate change, pandemic response and health policy. Emphasis and action is expected in the areas of undue foreign influence in science, industries of the future, including quantum and artificial intelligence, and even some areas of space policy. We also expect a focus on growing educational and research support for Minority Serving Institutions (MSIs), Historically Black Colleges and Universities (HBCUs) and Tribal Colleges and Universities (TCUs).

Following is a preliminary analysis of higher education, research, immigration, health, and other policies a Biden administration is likely to pursue.

Education
President-elect Biden has pledged to make college more affordable and grow support for community colleges and minority serving institutions, in particular. Notably, he has expressed support for both tuition-free community college (based on a 75/25 federal-state partnership) and tuition-free public college for undergraduates whose family incomes are less than $125,000. The Biden campaign platform’s higher education proposals focus heavily on undergraduate student success and his administration would likely continue that emphasis. To combat student debt Biden has said he will do the following things. As noted earlier, items that require legislative approval will be more challenging to implement.

Congress and the White House have not been able to agree on a new version of the Higher Education Act since 2008. Its reauthorization could serve as a vehicle for enacting many of Biden's proposed higher education and student aid policies. Wide differences remain between Republican and Democrats on what to include in an HEA – making agreement in divided government unlikely.

Comprehensive immigration reform has also been at a standstill for many years and remains unlikely under divided government.

Research
President-elect Biden has promised to "let science lead" and is widely expected to return to the Obama-era model of a strong Office of Science and Technology Policy as well as independent leadership at scientific agencies. Biden has said he will develop a coordinated government-wide strategy to confront undue foreign influence in science, an issue which has elicited bipartisan scrutiny over the last three years that is unlikely to subside. Biden has pledged to develop a coordinated government-wide strategy to confront foreign efforts to steal American intellectual property, forced technology transfer, and cyber espionage.

President-elect Biden has also pledged to increase direct federal R&D spending across research agencies, investing $300 billion over 4 years in R&D and breakthrough technologies. However, without the platform’s envisioned changes to the tax code, fiscal realities and divided government are likely to prevent these policies from becoming law.  The platform includes:

President-elect Biden has said he will seek additional funding for MSIs, HBCUs and TCUs to support research grants and contracts; research centers and technology labs; and internship and job opportunities for their graduates at federal science agencies. Notably, Biden wants to require universities with endowments greater than $1 billion to form meaningful partnerships (e.g. 10 percent minimum subcontract) with an MSI, HBCU or TCU as a condition of federal grant funding.

As Vice President, Biden oversaw the Obama administration's "Cancer Moonshot" initiative and has said he will prioritize biomedical research related to cancer, diabetes, and Alzheimer's disease.

A climate-focused Biden administration could also mean additional support for NASA and NOAA's Earth observation missions, which would be a stark departure from the current administration.  Biden is widely expected to maintain the newly established Space Force military branch, as well as support NASA's Project Artemis to develop a long-term presence on the moon, although the timeline could slip.

Pandemic Response and Health
President-elect Biden has further pledged he will "listen to the scientists" to get the coronavirus pandemic under control, and has announced an Advisory Board of physicians and public health experts to guide pandemic-related policies. However, some of the most prominent features of the Biden platform’s proposed coronavirus pandemic response require cooperation from governors and state legislatures. These include proposals like a nation-wide mask mandate and increased testing and contact tracing. The incoming administration may find uneven or limited cooperation from some state elected leaders in changes to pandemic response.

Some Biden campaign health policy proposals can be accomplished administratively – including:

The Biden Administration can be expected to restore a number of Obama-era polices through the regulatory process -- these likely including returning gender identity to the list of classes protected against discrimination by the HHS Office of Civil Rights and re-writing the Department of Homeland Security’s  “public charge” rule (which has discouraged legal immigrants from accepting Medicaid enrollment for fear it would impact their family’s immigration status).

Fiscal constraints in the health spending may play into the next few years.  The Coronavirus pandemic has been accelerating the approach of Medicare Part A Trust Fund insolvency by both reducing contributions and increasing payouts. In August, the Congressional Budget Office estimated that the Trust Fund will become insolvent in 2024 – two years earlier than their previous March estimate. Negotiations on the future of Medicare are likely to be part of the next four years. 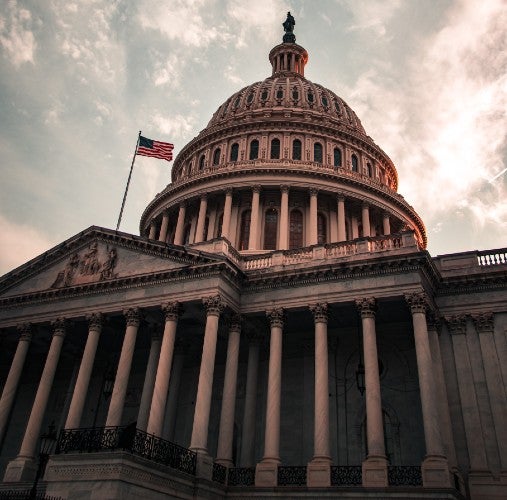 Photo by Kyle Mills on Unsplash