CU at the Capitol

CU at the Capitol

Representatives from the University of Colorado have testified and presented at several events at the State Capitol.

On September 17, higher education leaders across the state addressed the Making Higher Education Attainable Interim committee. Members in attendance included Senator Rachel Zenzinger (D-Arvada) and Committee Chair Senator Tammy Story (D-Conifer), as well as Representatives Mary Young (D-Greeley), Mark Baisley (R-Douglas), Julie McCluskie (D-Dillon) and Barbara McLachlan (D-Durango). The committee was charged with looking at the costs of higher education, tuition rate setting, roadblocks to obtaining post-secondary education, and the risks and rewards of post-secondary education. Senator Story asked all of the higher education institutions to address how they would be impacted by the 5% budget cut scenario the Governor asked the Department of Higher Education to submit. Senator Story was especially interested in knowing how student services would be impacted.

Presenters for the University of Colorado included President Mark Kennedy, Vice President and Chief Financial Officer Todd Saliman and CU Denver biology student, Jonté Roberts. President Kennedy spoke about the Fourth Industrial Revolution and the importance of state investment in higher education, especially for four-year degree programs. He also highlighted the significance of modern technology and meeting students where they are (i.e. students now operate with mobile phones as opposed to computers or iPads, so how do we look at delivering education in formats that meet their technological preferences).

President Kennedy also talked about lifelong learners, and how people will need to retool knowledge as they move throughout different professions. Jonté Roberts told the committee about the importance of state funding investment into higher education and shared that had she not received critical scholarships from the campus and state, she would not have been able to attend college as a young Native American first generation student. Our panel made it clear that state investment is critical in serving the needs of our students and is directly correlated to the cost of tuition.

On September 20, Bill Woodward, CU Boulder Director of Training and Technical Assistance at the Center for the Study and Prevention of Violence, presented to the School Safety Interim Committee.

In November and December, CU Athletic Director Rick George met with Senators Rhonda Fields (D-Aurora) and Jeff Bridges (D-Greenwood Village) as well as Representative James Coleman (D-Denver) to discuss proposed legislation to allow student athletes to monetize the use of their name, image and likeness. California passed the first bill in the country in 2019 (SB-206 Collegiate Athletics: student athlete compensation and representation), which triggered a robust national discussion and consideration of legislation in numerous states and the congress. Chancellor DiStefano is a member of the NCAA Board of Governors and the NCAA Division I Board of Directors while Athletic Director George is a member of the NCAA Division I Name, Image and Likeness Legislative Solutions group. Both will continue to follow the issue closely. Senators Fields and her colleagues want to position Colorado as a leader in the policy discussion.

On January 17, all three CU Education Deans, Kathy Schultz (CU Boulder), Valerie Martin Conley (UCCS) and Rebecca Kantor (CU Denver) attended an educator preparation stakeholder meeting at the Capitol. Senator Nancy Todd (D-Aurora), the chair of the Senate Education Committee, hosted the stakeholder meeting. All three deans are working with Senator Todd on her educator preparation bill and were able to offer valuable insight on the work already being done across all three campuses. SB20-158 Professional Training for Educators makes changes to the assistance programs that are designed to increase the number of educators within the state, especially in rural school districts.

On January 22, University of Colorado Colorado Springs (UCCS) Chancellor Venkat Reddy along with National Cybersecurity Center (NCC) Chief Executive Officer Vance Brown presented to the Joint Business Committee. The presentation focused on how UCCS and NCC used the funding appropriated in SB18-086, Cyber Coding Cryptology For State Records, to fund scholarships for cybersecurity students and further develop the growing cybersecurity department at UCCS. UCCS was committed to cybersecurity workforce development, hiring tenure professors in both the College of Engineering and College of Business, building more programs, expanding the number of degrees, and creating more pathways for students coming from community colleges. 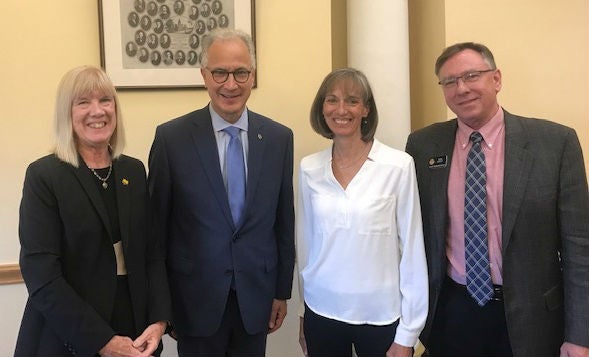 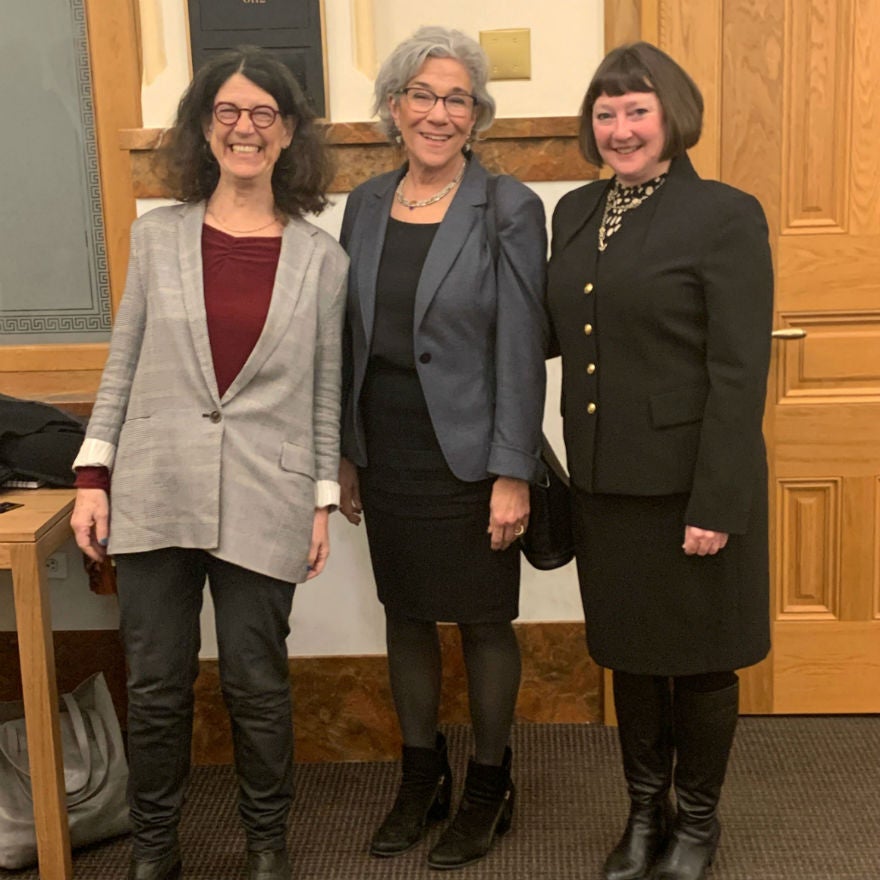 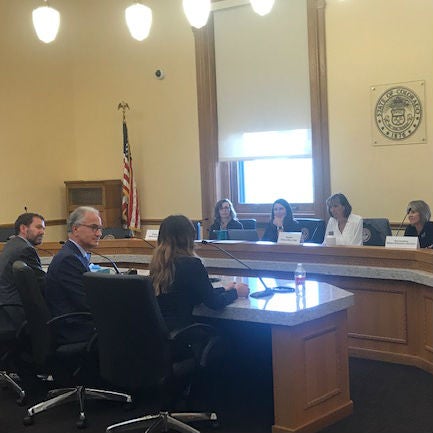