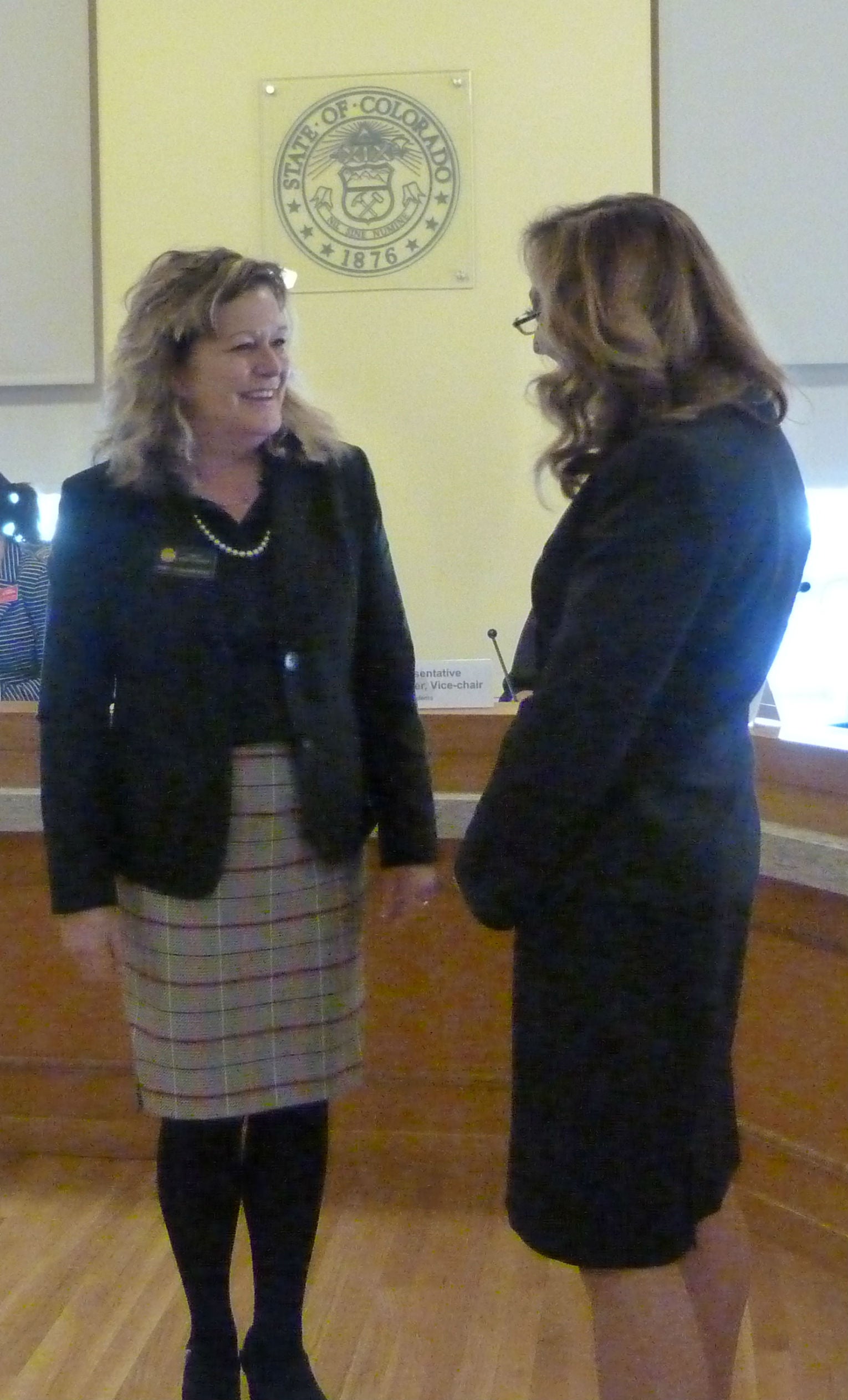 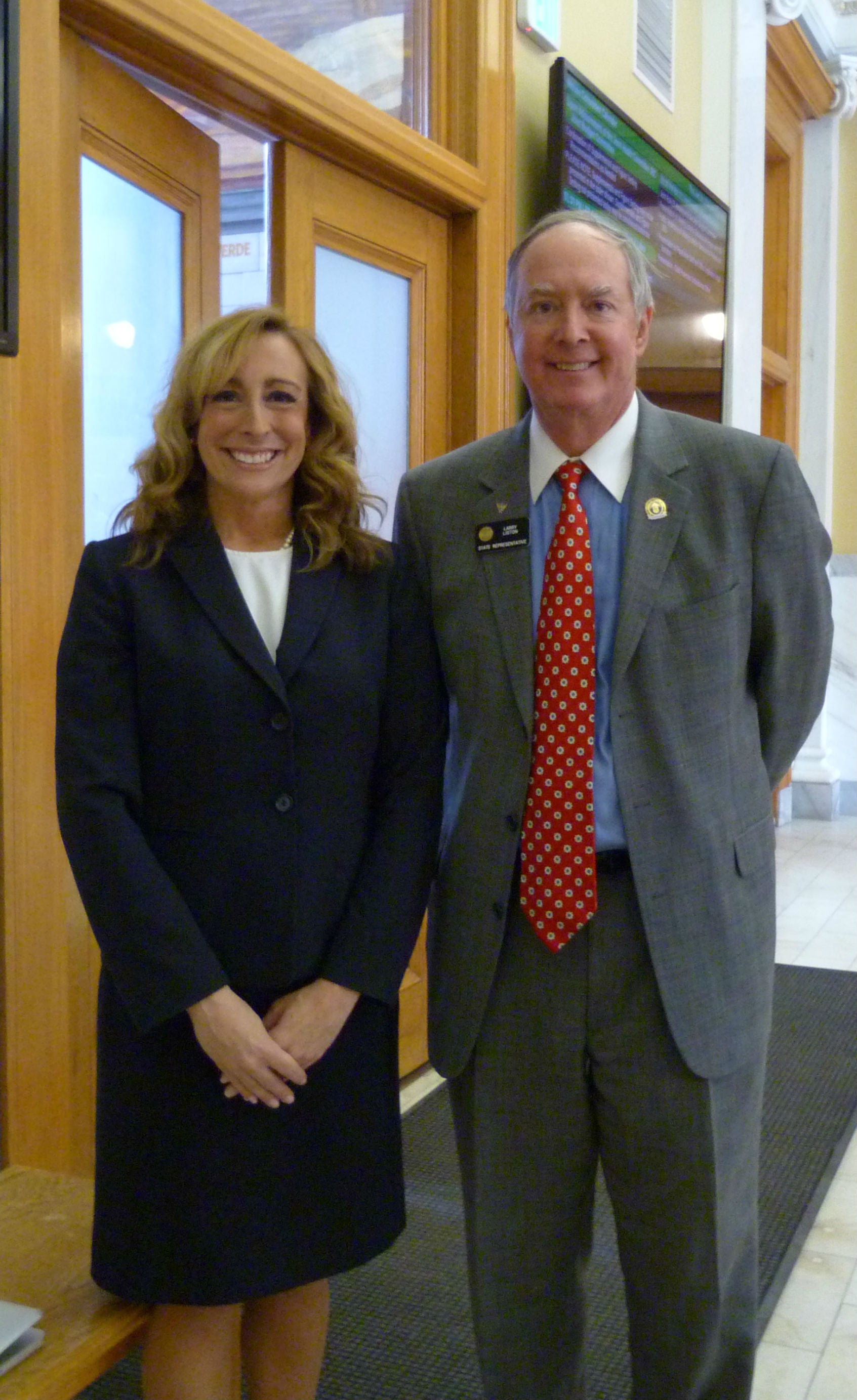 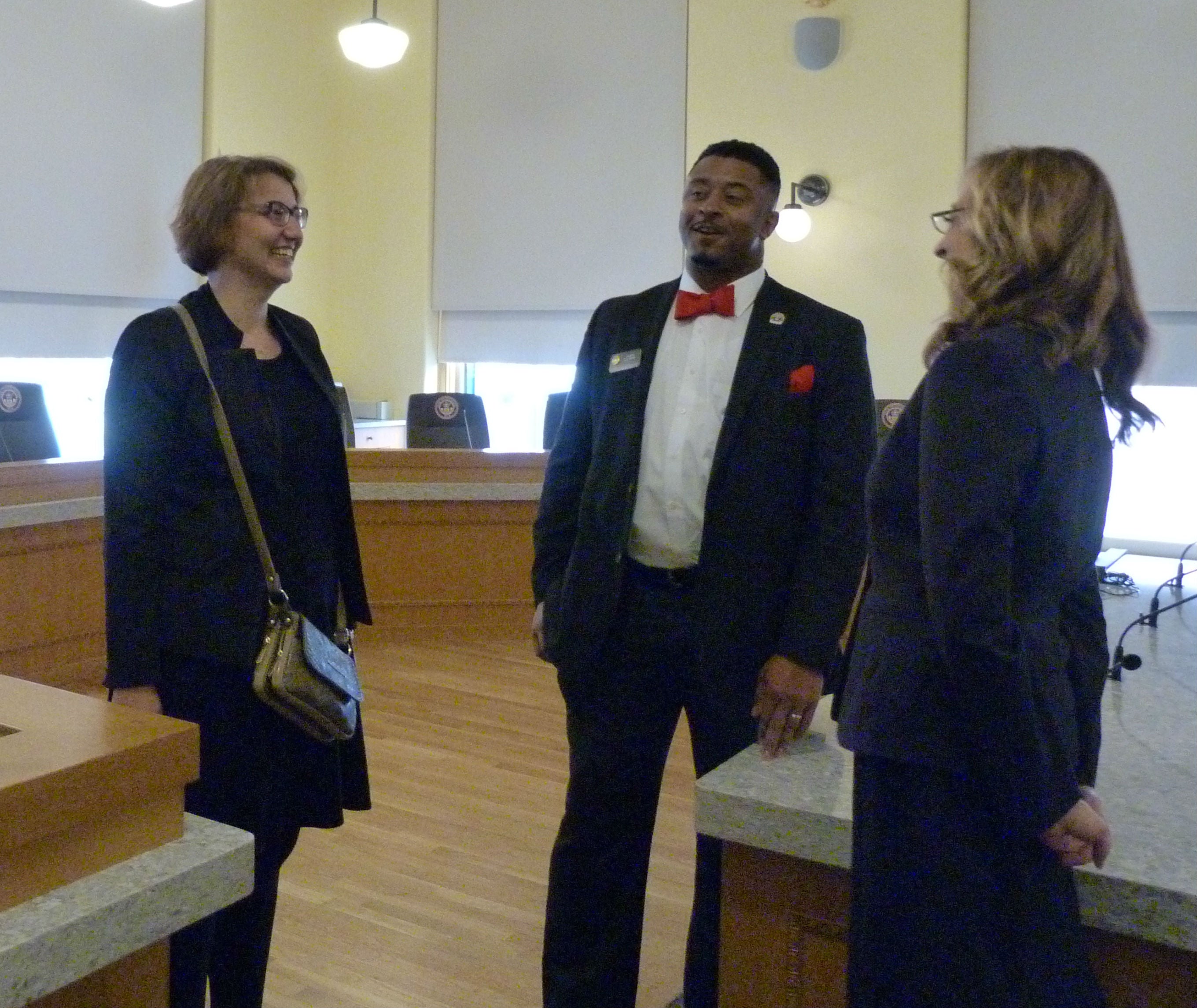 CU School of Medicine (SOM) Rural Track Students visited the Capitol where they presented to the House Agriculture, Livestock and Natural Resources Committee and had an engaging lunch with several legislators. Representative Jeni Arndt (D-Fort Collins) invited them to the House floor for a picture during the January 22 event. 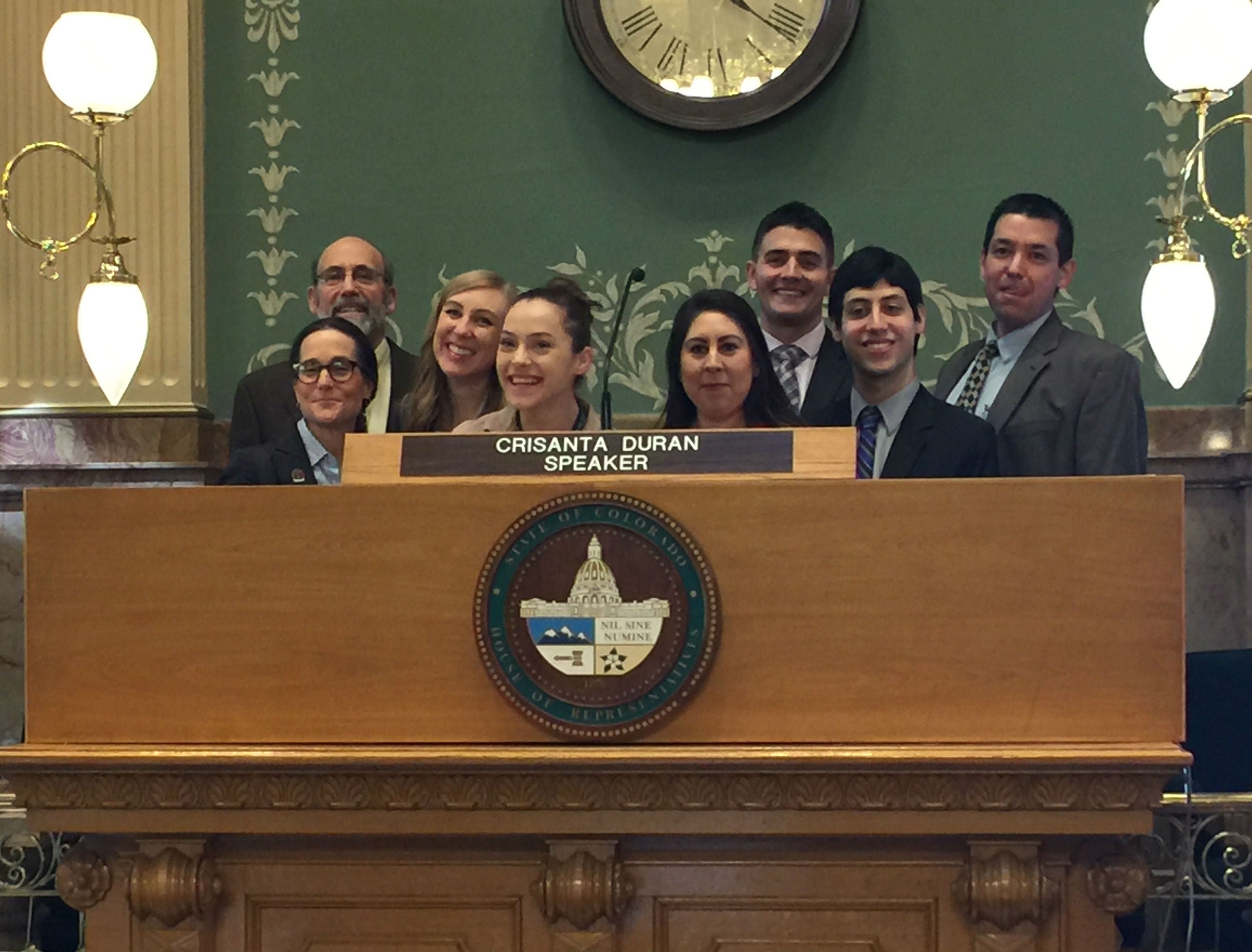 CU faculty and staff from the Excellence in Leadership Program spent the day at the Capitol. They heard from Rep. Hooton, Sen. Hill, Rep. Rankin, Joyce Rankin and Regent Ganahl during their February 16 visit. 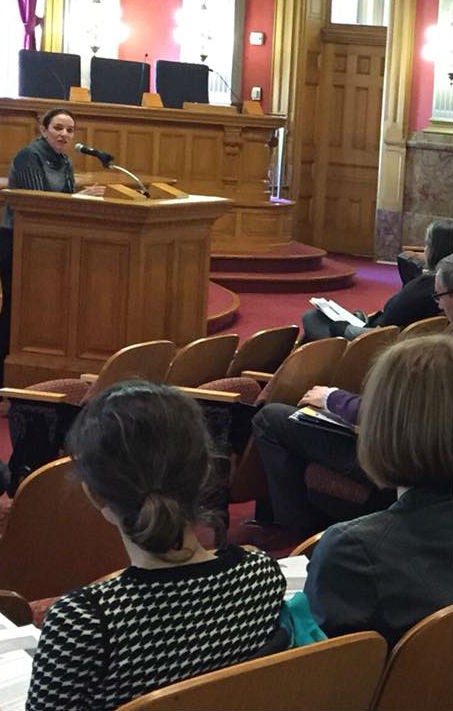 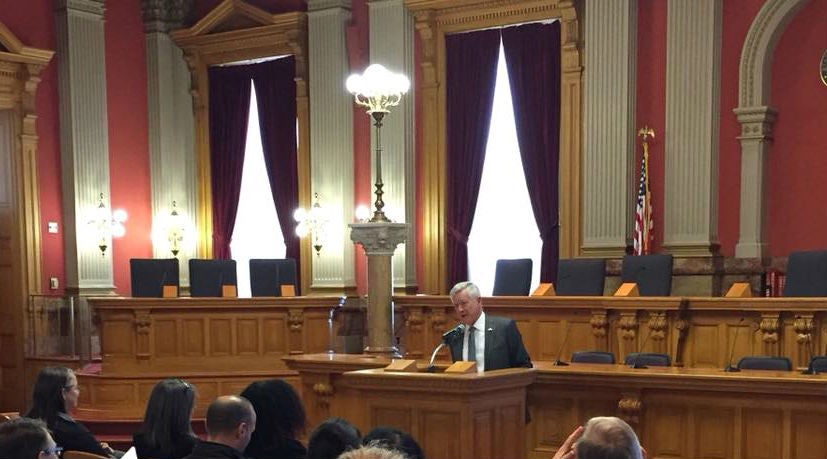 Aerospace Day at the Capitol

Representatives Paul Rosenthal (D-Denver) and Chris Hansen (D-Denver) stopped by to speak with students as part of Aerospace Day at the Capitol. The March 19 event gave CU Aerospace students the opportunity to showcase their research and program opportunities. 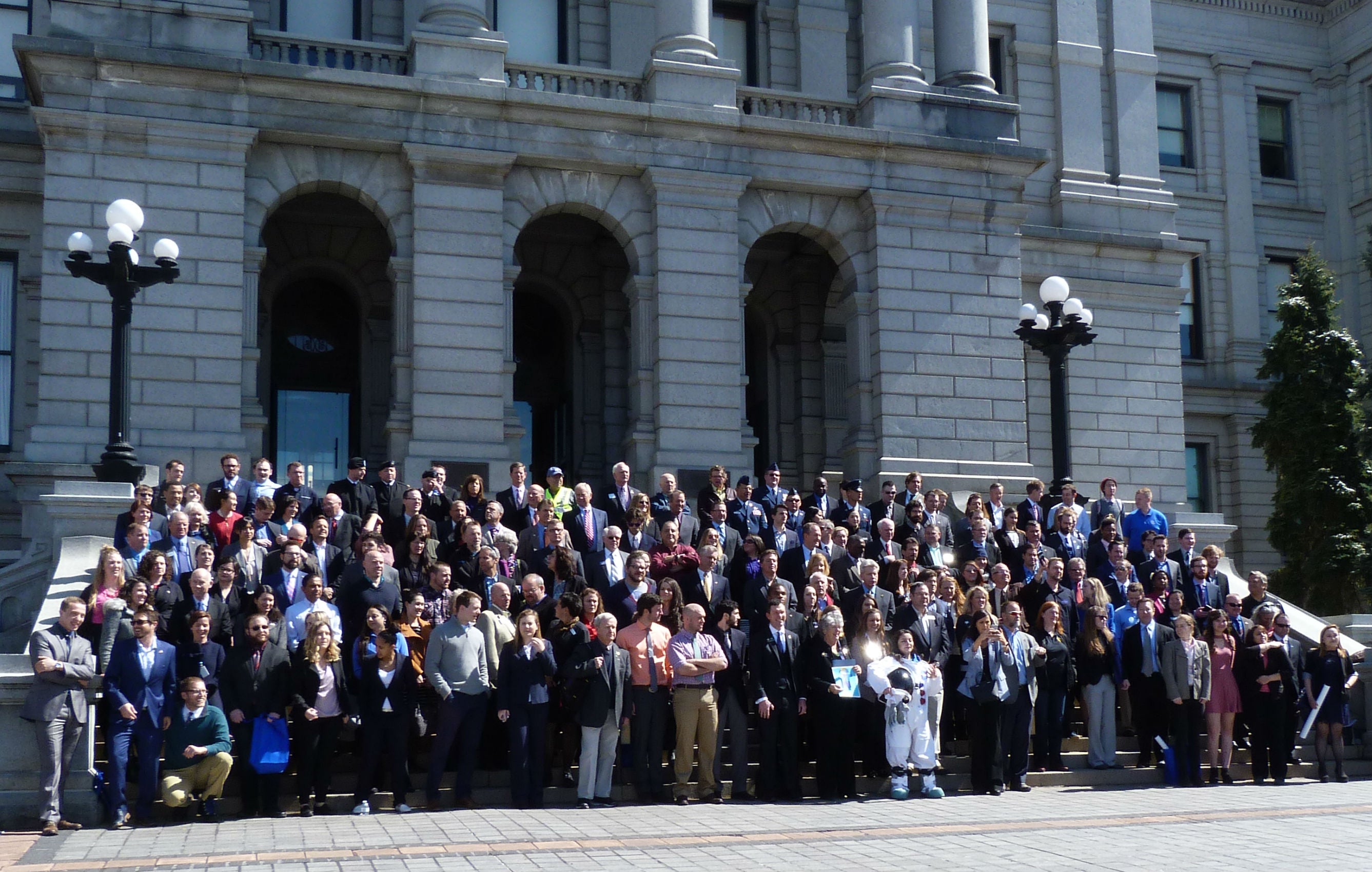 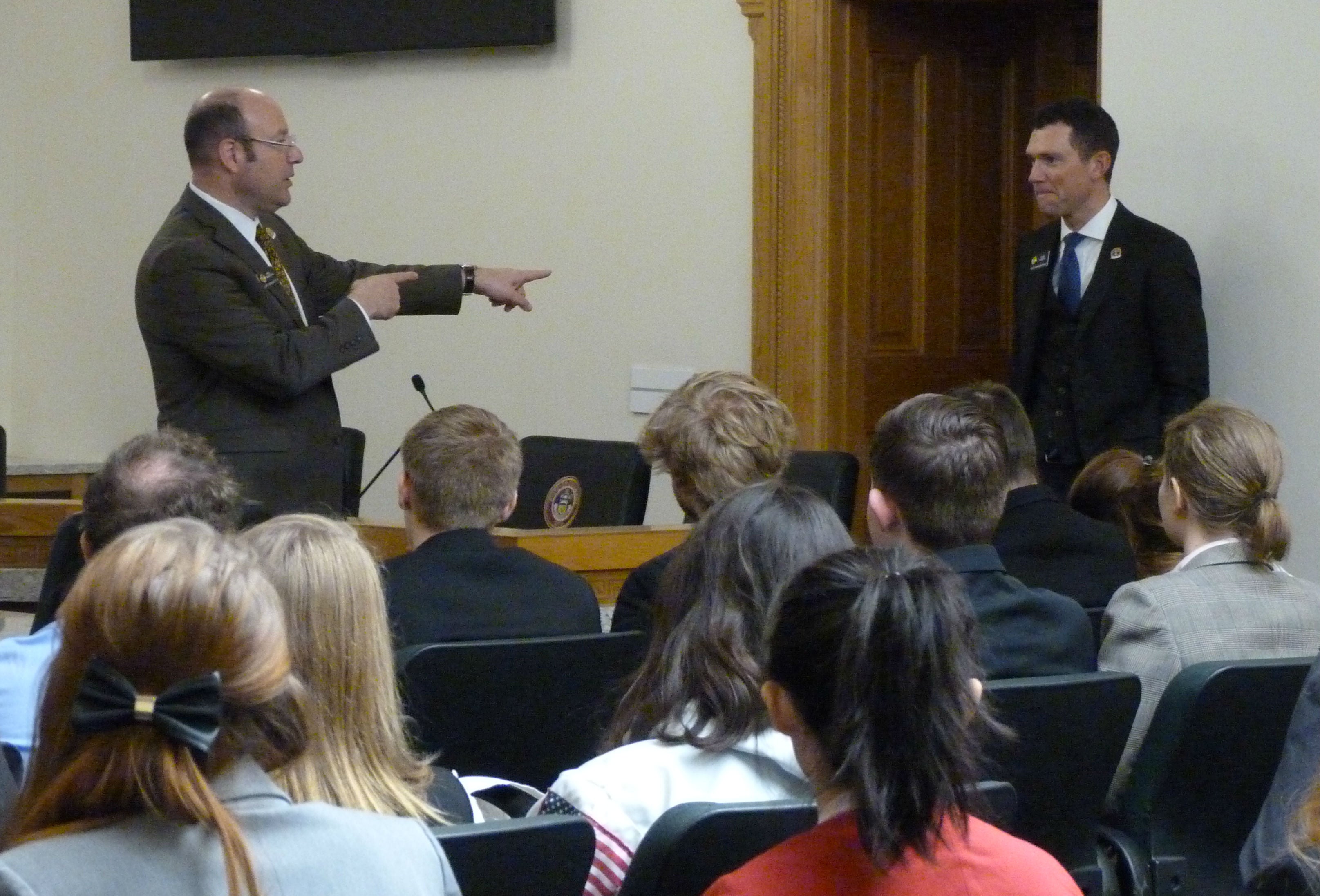 Dr. Waleed Abdalati, Director of the Cooperative Institute for Research in Environmental Sciences (CIRES), led a group of Cooperative Institute (CI) Directors to meet with a number of key congressional offices to highlight the critical role of CIs within NOAA’s research and scientific workforce portfolio.  As part of the April 4 and 5 visits, the CI Directors underscored the importance of ensuring robust investments in NOAA’s Office of Oceanic and Atmospheric Research, which supports the 16 CIs throughout the country. 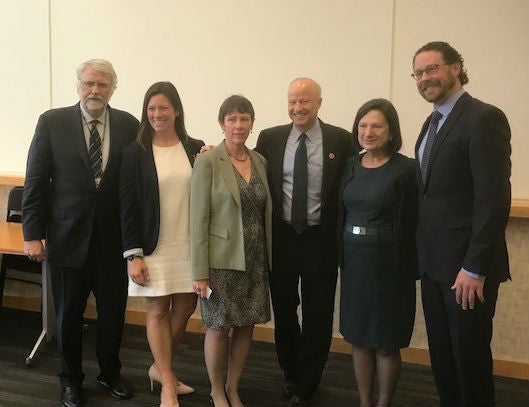 CU Boulder Provost Russ Moore met with offices of the Colorado delegation in Washington, DC to provide an update on CU Boulder academic and research initiatives, as well as CU Boulder feedback on conversations taking place around the reauthorization of the Higher Education Act (HEA).   Later that evening, CU alumni living and working in D.C. were invited to a CU in DC reception held in the historic Kennedy Caucus Room. Colorado Congressman Jared Polis spoke at the event, which also featured Provost Moore, CIRES Director Waleed Abdalati, and CU in DC Program Director Bud Coleman along with other CU Boulder alumni and supporters. 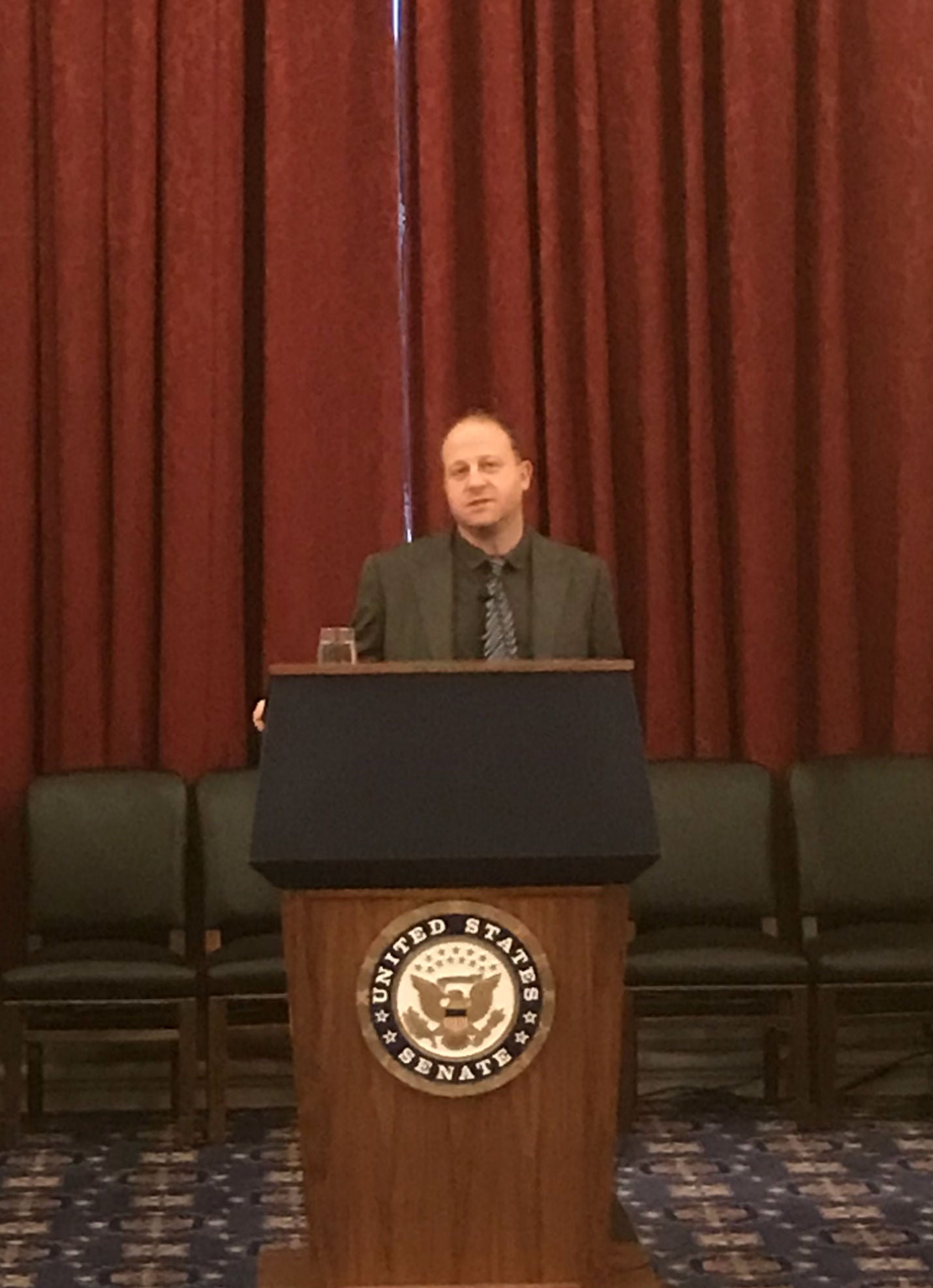 Congressman Jared Polis Speaks at the CU in DC Reception

Dean Bobby Braun of CU Boulder's College of Engineering & Applied Science met with staff from the offices of Senators Gardner and Bennet, and Representatives DeGette, Polis, and Tipton to discuss the College's strategic vision and efforts to expand access to engineering across Colorado. The February 7 meetings were part of Dean Braun's visit to Washington, D.C. to attend the American Society for Engineering Education (ASEE) 2018 Public Policy Colloquium. CU's Office of Government Relations also helped arrange for Senator Gardner to speak to engineering deans from across the U.S. with an introduction from Dean Braun. 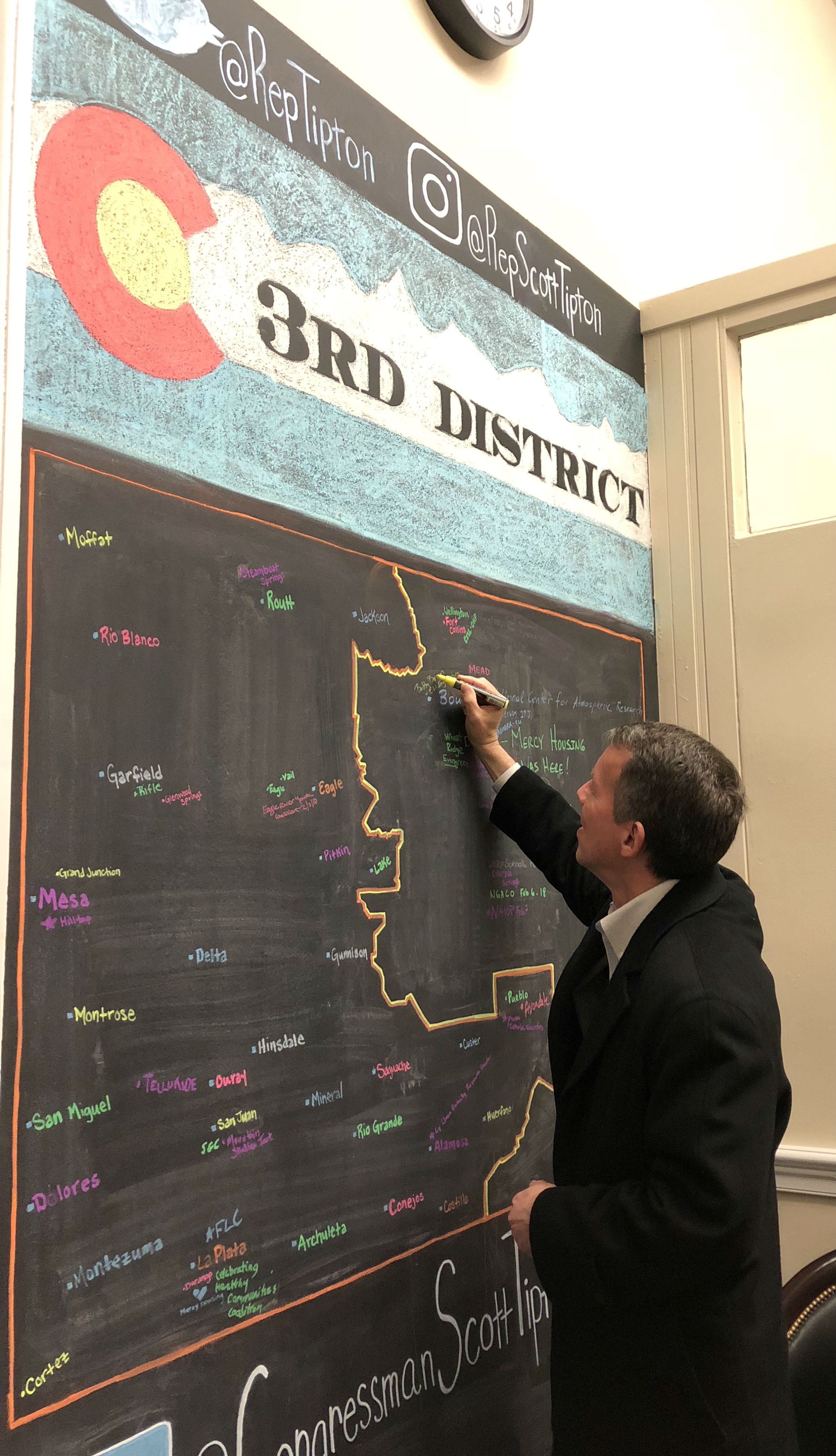 The Colorado Space Grant Consortium (COSGC), represented by Director Chris Koehler, Deputy Director Brian Sanders, and program alum Christy Predaina, met with Colorado lawmakers to discuss the positive impact the statewide program has on students, as well as the Colorado workforce. They also advocated for robust NASA funding, which supports Space Grant through its Office of Education during their February 28 visit. The group met with staff from each office representing Colorado in the Senate and the House. 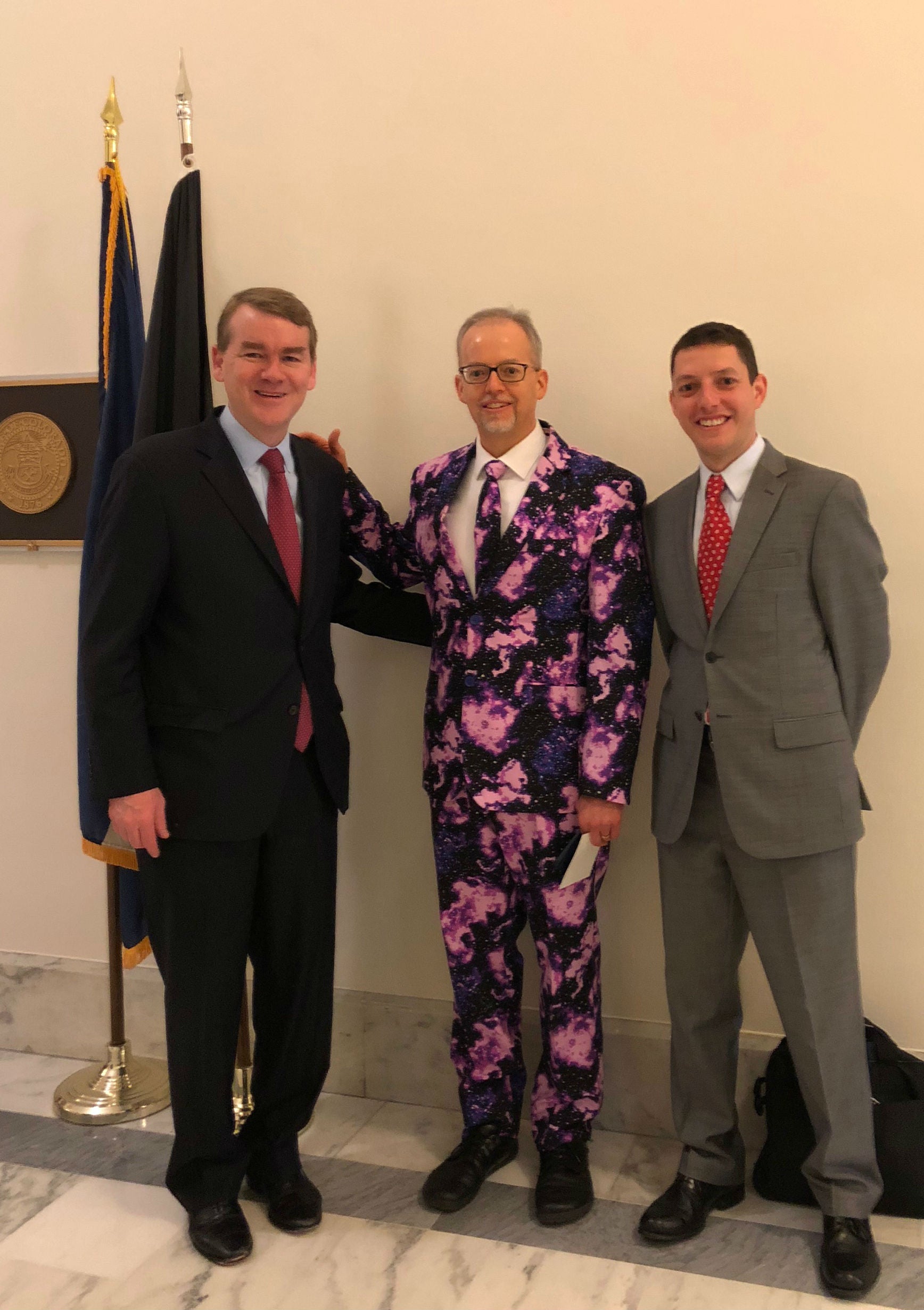 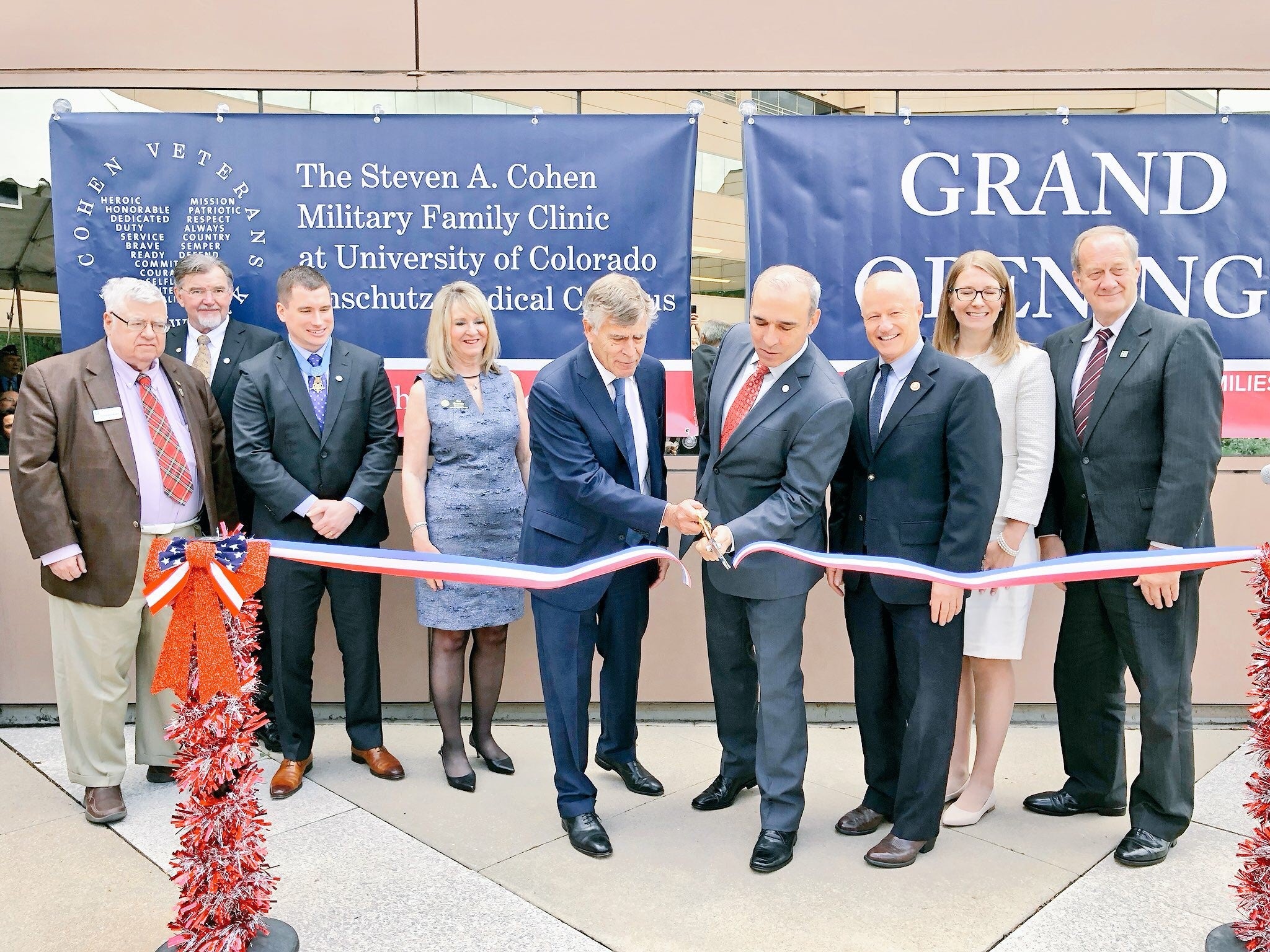