We are honored to work with individuals who care about the quality and future of public higher education. Our board brings a depth and scope of perspectives about how to keep higher education a priority in Colorado and beyond. 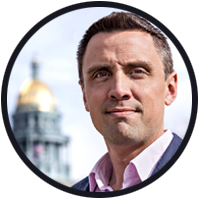 A native to the Denver area, Zach attended CU Boulder, was vice-president of Lambda Chi Alpha, and actively played intramural sports. He is a proud alumnus of CU earning  a M.A. in International Affairs and M.P.A. in Environmental Policy, Management and Law. He is a graduate of CU's Rocky Mountain Leadership program and received a certificate in legislative affairs from Georgetown University. As a result of CU's education, he has enjoyed a broad career in public policy, including at the Colorado and Oregon legislatures, the United Nations in Geneva, the Department of Interior, and even worked for CU's Center for Education Policy Analysis. He serves on the board for Arvada West High School Foundation. Zach currently resides in Denver with his wife Rebekah and Chesapeake Bay Retriever, Canela. In his free Zach enjoys traveling, Colorado's outdoors and watching all CU athletics.  Zach was named the  CU Advocate Supporter of the Year in 2016. 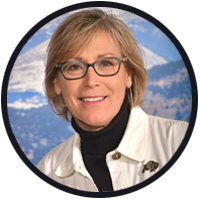 Coordinating the underlining operational systems for the Office of Digital Education (“ODE”), may be her "day job," Christina’s passion is the linking many departments, people and communities together. When Christina applied to serve CU as an employee, she believed and still believes that online education, whether fully online, hybrid or blended, is changing the demographics of our campus, community and state by providing unprecedented access to quality education for both traditional and non-traditional students. She excels in her role as she has been a long-time community organizer.

Christina joined the CU Advocates program in 2015 and has been working with the Office of the President to ensure alumni and friends of the University are connected at all levels. She volunteers to serve and attends many CU Advocates events annually on top of a full-time position within ODE, and a full-time role as parent to her three wonderful children, Theo, Anna & Joe.  Anna is currently enrolled in the BFA program in Film Studies at CU Boulder. 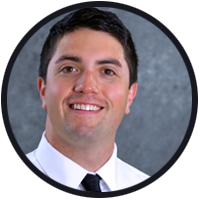 Darren Chavez has been with CU since 2011 and is currently program coordinator for the Office of Academic Affairs. Chavez appreciates the local, national, and international impact of CU and this led to his interest in serving on the Advocate’s advisory board. As an advisor, he is particularly interested in increasing program engagement with faculty and students. Chavez earned a Master of Arts in Higher and Postsecondary Education from Columbia University, a Bachelor of Science in Business Administration from Regis University, and an associate's degree from Northeastern Junior College. Darren was named CU Staff Advocate of the Year in 2017. 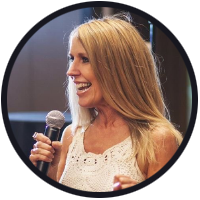 Keri Christiansen has managed marketing and communications projects drawing expertise from organizations including The Denver Hospice, high-level talent management companies, internationally recognized speakers, and political campaigns and initiatives. As a key company spokesperson she has worked closely with business and community leaders, successfully engaging them for powerful and influential lay positions. Keri has combined her exemplary relationship and interpersonal communications skills with her passion for sharing the message, talent and mission of an organization or individual to create highly successful outcomes.

Keri is Past-President of the DCPA’s Denver Center Alliance, and 2018 Auction co-chair for Saturday Night Alive, the DCPA’s annual fundraising event that raises more than $1M annually. She also serves on the Board of Advisors for the CU-Boulder Alumni Association and as Vice-Chair of the Marketing and Communications Committee. Keri has been involved with numerous non-profit and community organizations and initiatives. An Emmy Award recipient for KUSA-TV’s “Keri’s Story” – a story of survival – Keri has also been a spokesperson for Komen Denver, sharing her story at Denver’s “Race for the Cure” and “Cowgirl Up for the Cure.” Keri is a past honoree of the Denver Rescue Mission’s “Women Who’ve Changed the Heart of the City.”

Keri is an honors graduate from the University of Colorado–Boulder and a proud Forever Buff! Her pastimes include lots of time with her family, tennis, and all things sports! Her passion for sports comes through in nearly every conversation; she is working on a book with stories that illustrate the powerfully positive impact that sports can have on individuals and communities. 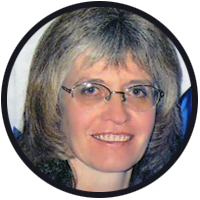 Three generations of my family have graduated from CU - my father, my husband/myself, and our children. I believe in the power of education! I am so fortunate to be part of the CU Advocates Program where I have the opportunity to highlight all the amazing research being conducted at CU as well as the countless possibilities for students to explore their interests. Wendy was named the CU Advocate Informant of the Year in 2015. 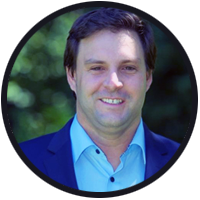 Colin Finch is Director of International and Partners at Four Winds Interactive (FWI) a Vista Equity backed company overseeing the International and Partner teams worldwide. Prior to this, Colin has been in Program and Project Management roles at FWI, an IT software company in Denver and prior to that a startup nutritional genetics company in Boulder, Colorado. Colin came to Boulder from New Zealand to attend the University of Colorado at Boulder where he graduated with a degree in Political Science. He stayed involved with the University sitting on the board of the Department of Recreation for ten years. After that he engaged in the Alumni Association and is the former president of the University of Colorado Boulder Alumni Chapter, former president of the Directors Club, and the former Chair of the Advisory Board for the CU Advocates Program. Colin is a University of Colorado Leanne Skupa-Lee Award winner and the 2015 CU Advocate of the Year. 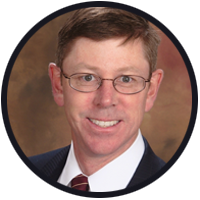 As to my relationship with the University of Colorado, I have been fortunate to have learned about all four CU campuses during my team as the primary Relationship Manager for the CU system and have loved working with CU ever since that time.

I am proud to be a CU Advocate to help promote all campuses as they all serve their own important role in driving the economy of Colorado forward. I also recognize the societal impact of having such a strong higher education system in place. It is critical that all Coloradans understand the importance of these institutions to Colorado which is why I am proud to be an Advocate. 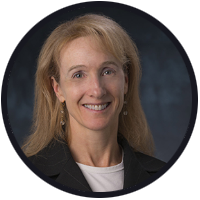 Program Manager for Alumni Relations and Events at CU Boulder

Sue is a member of the CU Boulder Advancement team in the College of Arts & Sciences, Graduate School and Research Institutes. She is responsible for designing and implementing a comprehensive alumni relations plan for the college. Sue is also a proud member of the advisory board for the CU Advocates. Go Buffs!

Prior to joining CU, Sue was the Federal Policy Representative for the Colorado Association of Commerce and Industry and was instrumental in building CACI’s first federal program. In addition, she was the Director of Federal Government Affairs for Intrado Inc., where she was responsible for managing the company's federal outreach efforts. 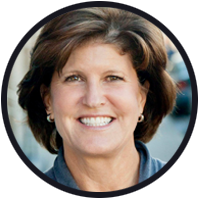 Leslie Mitchell, formerly president of FirstBank of Cherry Creek, devotes her time.  She serves on the boards of AAA Colorado and the Emily Griffith Foundation, as well as on the State of Colorado Board of Mortgage Loan Originators. She was a Girl Scout Woman of Distinction and twice nominated for Colorado Outstanding Women in Business. Leslie has a Master's of business administration from CU Denver and a Bachelor's of Science in marketing from CU Boulder Leeds School of Business.

QUOTE: As a two-time graduate of CU, as well as two-time CU parent, I believe CU provides unique opportunities for students, invaluable resources for businesses, and an incredible economic return for the people of Colorado. 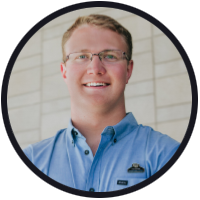 Scott is a senior at the University of Colorado Denver pursuing dual degrees in Business Management and Communications, and a graduate of Student Veterans of America’s Leadership Institute. From 2017-2018 he served as President Pro Tempore of the CU Denver Student Government Association where he focused on veteran’s affairs and strengthening business relationships in the community. In addition to his service to CU, Scott serves our state as a Commissioner on Serve Colorado: The Governor’s Commission on Community Service, is active as Vice Chairman of the Douglas County Public Safety Advisory Committee, Junior Vice Commander of the Colorado Department of the American Legion’s 6th District and served on the Board of Directors for the Douglas County Veterans Monument Foundation for 2.5 years. He has spent over 500 hours volunteering for Colorado Boys State, an American Legion program that teaches young men about government and legislation. Scott is also currently serving our country in the United States Army Reserve as a Unit Supply Specialist. In his free time, Scott likes to hike, swim, and go running and remains active with the Junior Achievement, the St. Baldrick’s Foundation, and the Make A Wish Founda 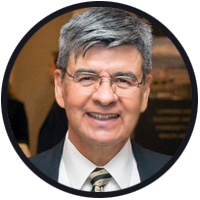 As the first CU Advocate of the Year in 2013, it has enhanced my understanding of the full scope of CU resources and learned how our four CU campuses have enabled ordinary hard-working youth to transform their lives forever. Because of their enrollments, they can be the next generation of leaders and CU advocates. A Ph.D. from CU-Boulder enabled me to serve in two Presidential Administrations, testify before Congress on Hispanic issues, work in several colleges, universities, in the National Research Council’s National Academic of Sciences in Washington, D. C. and severed as political campaign manager for Congressional, state and local races. 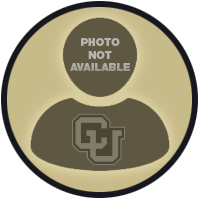 John is a proud, two time graduate of CU, earning his Bachelor’s degree in Political Science from the University of Colorado at Boulder, and his Master’s in Business Administration (MBA) from the University of Colorado Denver, specializing in International Business. John joined the CU Advocates network the day it launched, October 7, 2011, and volunteers with numerous other community programs as well. John has spent his professional career in public service, working for several Federal Government agencies in Colorado and Washington D.C. John is a fan of CU athletics and enjoys going to as many games as possible.