CU takes home two gold, a silver and a bronze as part of its ALL FOUR ads

The University of Colorado system has been awarded two Telly and two Communicator awards for video campaigns under the ALL FOUR advertising umbrella. CU was awarded a gold Telly in the Social Video Series-Education and Discovery category for the First Generation creative. CU received a bronze Telly in the Regional TV-General-Schools/Colleges/Universities category for the TV commercial “Lasting Relationships.”

For the Communicator awards, CU earned the gold in the Integrated Campaign category for the All Four:One campaign, competing against brands such as Deloitte, Cisco, FedEx, Universal Orlando Resort and others. CU was also awarded a silver Communicator in the video series category for First Generation.

The Telly Awards honor excellence in local, regional and cable television commercials as well as non-broadcast video and television programming. A leading international program that recognizes big ideas in marketing and communications, the Communicator Awards receive more than 6,000 entries from companies and agencies of all sizes, making it one of the largest awards of its kind in the world.

Launched in 2015, the University of Colorado enlisted Greenhouse Partners for the ALL FOUR:COLORADO campaign. The initiative highlights the connections among the four campuses – Boulder, Colorado Springs, Denver and the CU Anschutz Medical Campus.

The First Generation animated documentary series tells the amazing stories of the students who make up the fabric of the four campuses of the University of Colorado system.

As part of the ALL FOUR:ONE campaign, these TV spots celebrate the connection and shared histories between the University of Colorado and the state of Colorado.

The All Four:One campaign was designed to bring awareness to the four CU campuses and their tremendous influence on the state of Colorado through areas such as community, healing, innovation, and education. 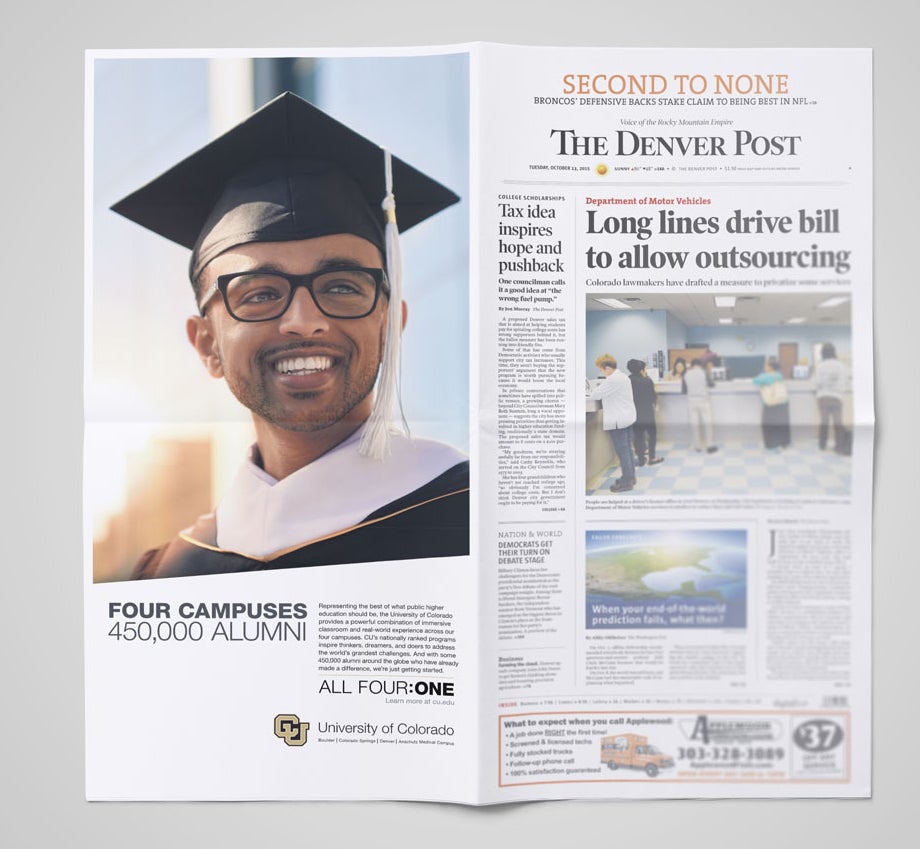 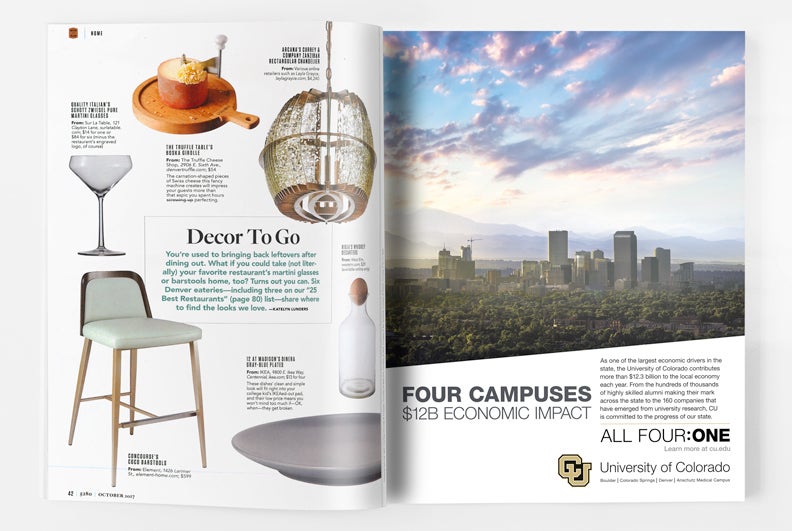 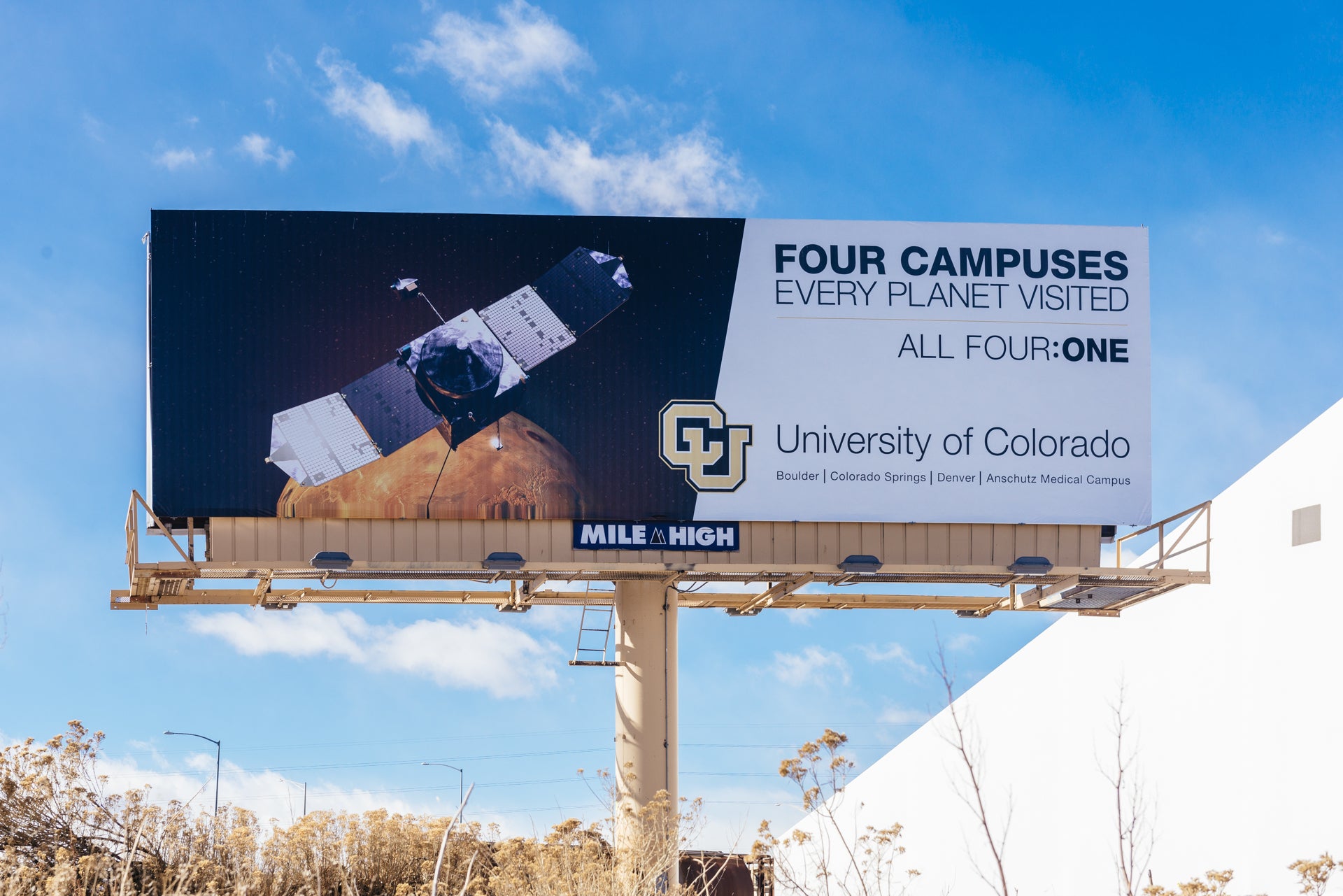 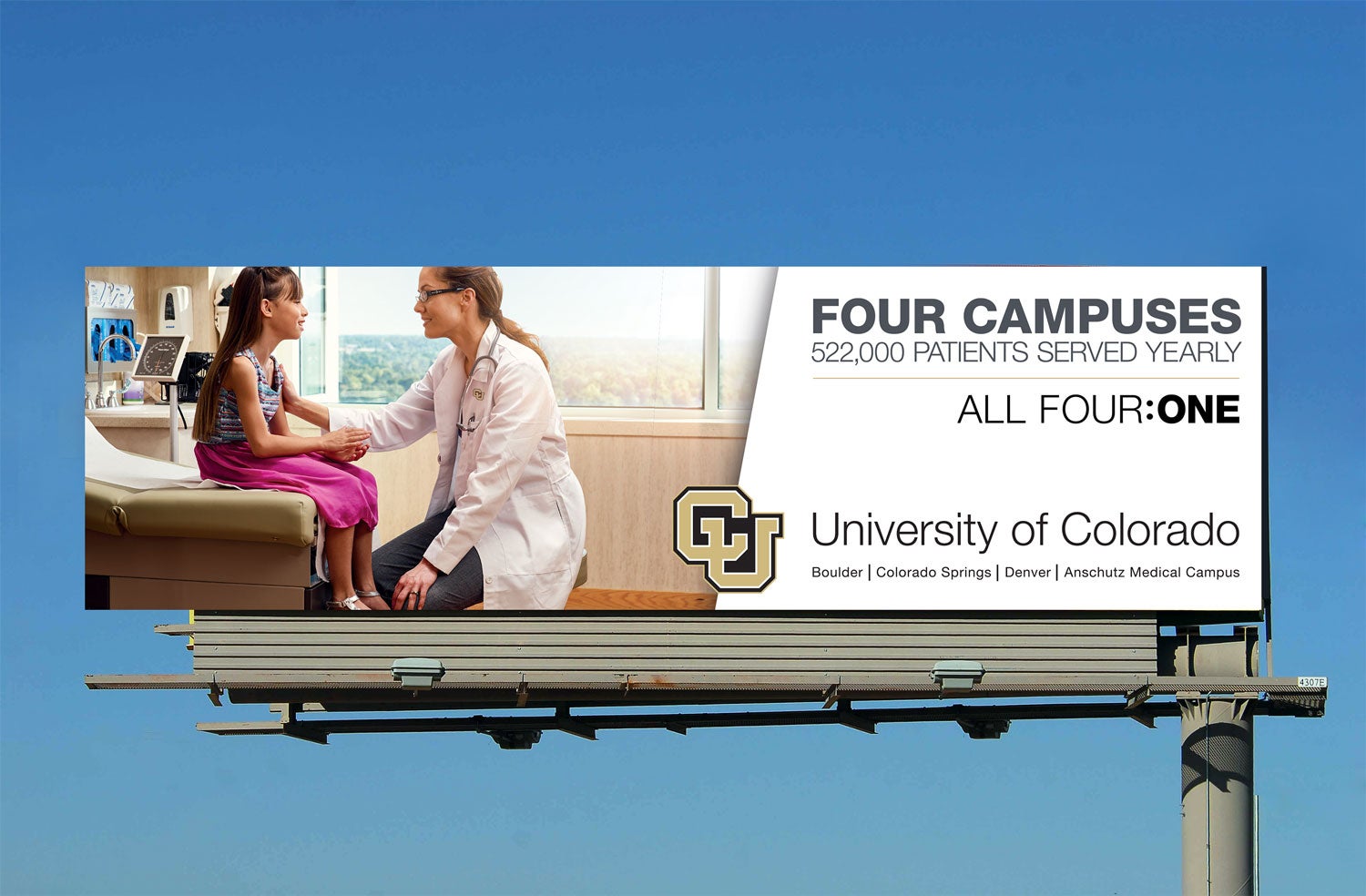 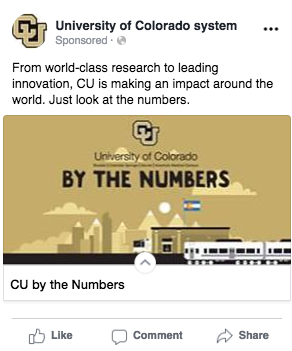 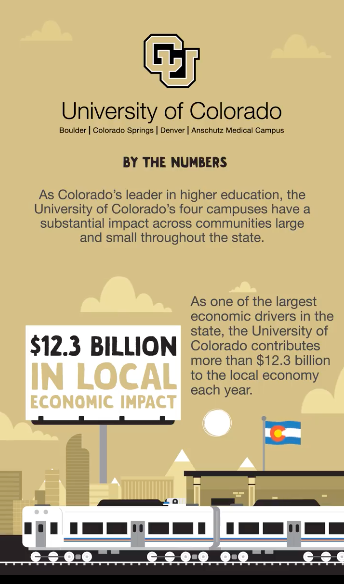 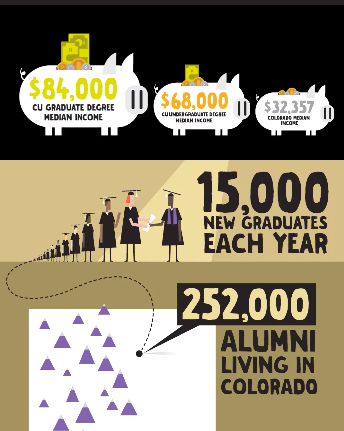 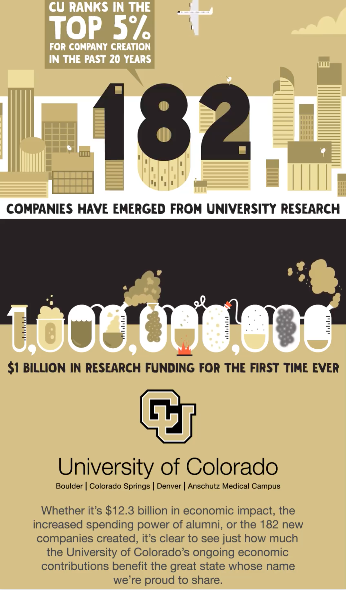