What do education, music and movies have in common? CU Online’s Michael Edwards

If you can catch up with Michael Edwards you might be able to ask him what he’s up to these days. But chances are it would take too long to answer. Edwards, an academic technologist at CU Online, has irons in so many fires it’s a wonder even he can keep them straight.

“Growing up, my brother Justin and I were always dabbling in hobbies together. We played music. We made movies at home – fake game shows, re-creations of popular movies, etc. We built websites and wrote stories,” Edwards said. “There has always been a creative ambition that we've explored in collaboration with each other and in our own careers. I've found this drive now appears in every part of my life, most certainly including my work for CU Online, where I have the privilege to interact with faculty and staff from all walks of life and all sorts of disciplines.” 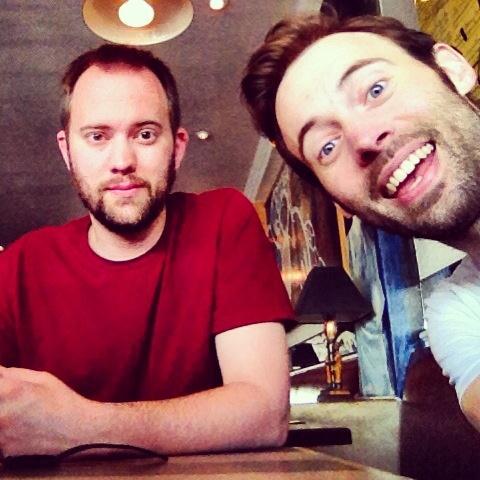 When Edwards, on the left, isn’t busy as part of the CU Online team choosing sessions and speakers for the annual CU Online Symposium (May 22, Tivoli Student Union) or assisting faculty and students in their quest to expand teaching and learning opportunities through online courses, he’s writing original songs and composing music for soundtracks. Most recently, Edwards has focused his energy on scripting and scoring the independent film “Detective Detective Detective,” a collaboration with his older brother Justin who lives in Los Angeles.

The film, which recently was chosen "Best Comedic Feature" at the Philadelphia Independent Film Festival, follows three estranged brothers who meet in the Alaskan wilderness to take part in a live-action role playing (LARP) mystery game. They’ve lost touch over the years and bitterness has set in because of past grievances. As pretend detectives, they investigate the mysterious disappearance of a famous author who vanished while studying Inuit mythological creatures. As the increasingly difficult puzzles within the LARP game steal away their senses (seeing, hearing, speaking), they are forced to rely on one another. Through these challenges, their unresolved real-world conflict bubbles over into the game’s world.

“In order to find the missing author, they must first find their missing brotherhood,” Edwards said. “Detective Detective Detective” characters include a brother who loves and lives for LARP games, a brother who is just going along to appease the others, and a brother who doesn’t want to be there at all and finds it ridiculous. Hmmm. A movie written by brothers about brothers? Edwards said any intentional similarities between the characters and his siblings end there.

“The brothers in the film don't map to us Edwards in any sort of direct correlation, but I definitely identify with the theme of growing up, spreading out, and finding it really requires effort to stay close to your family,” he said. “We try to see each other every year if not more often, and both of my older brothers, Matt and Justin, came to Denver last fall for the inaugural ‘bro-union’ – an attempt to meet as brothers every year.” 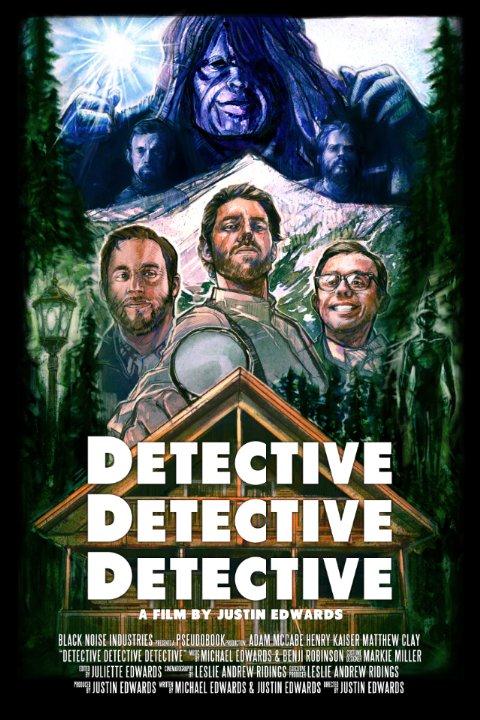 Edwards also has an older sister, Mary, who cameos early in the film.

Edwards’ brother Justin said that initially the brothers were thinking along the lines of a horror or sci-fi flick, “But the idea of forcing our estranged brothers to play a role playing mystery game after not seeing each other for years spelled comedy to us, with a decent dose of drama when things start to get real toward the end.”

The youngest of the family, Edwards’ role in the film’s production included scripting with brother Justin and composing the musical soundtrack. Having the details of the story ironed out helped inform the aesthetic of the music and drive the creative work, he said.

“Before I laid a finger on a piano I knew we were working in the genre of mystery and noir, but in a comedy setting,” he said. “Having those creative decisions already settled can actually be liberating.”

Edwards, who plays just about every imaginable instrument, typically composes on a piano.

Collaborating over the internet with childhood friend Benji Robinson in Ohio (where Edwards is from), he started writing themes and recording demos for the movie soundtrack last fall, but earnest production didn’t begin until January of this year. “It was about two months of feverish work from there to score the whole movie,” he said.

Closer to home, Edwards’ time, talent and enthusiasm go toward his career at CU Online.

“As part of the CU Online team, I get to help innovate in digital teaching by imagining and building a 21st century academic platform,” he said. “From exciting events like the spring symposium down to the exact wording of a routine email, I am so lucky to be part of a team of people who care about doing things well; doing things right.”