DENVER – The University of Colorado has announced seven new members joining its roster of Distinguished Professors, a title signifying the highest honor awarded to faculty across the CU system’s four campuses.

CU Distinguished Professors are tenured faculty members who demonstrate exemplary performance in research or creative work; a record of excellence in promoting learning and student attainment of knowledge and skills; and outstanding service to the profession, the university and its affiliates.

The CU Board of Regents on Nov. 3 voted to approve the cohort of faculty members, recommended by President Todd Saliman with the concurrence of the systemwide Committee of Distinguished Professors. This year’s honorees will be formally recognized during a board meeting in spring 2023.

Including this year’s honorees, 136 Distinguished Professors have been named since the inception of the title in 1977.

Distinguished Professors for 2022 are: 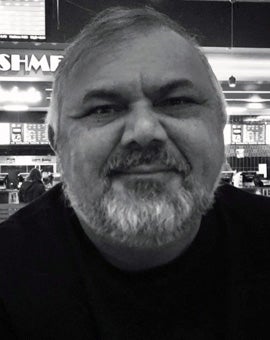 A member of the CU faculty since 1982, Araujo has served the CU community with diligent scholarship, mentorship and professorship. Serving now as a full professor in the Department of Electrical and Computer Engineering, he has played an important role in the advancement of UCCS from an undergraduate teaching school to an R2 research institution through the establishment of research laboratories, supervising Ph.D. students, and developing graduate level courses in microelectronics.

Outside of teaching, Araujo holds over 200 U.S. patents and over 300 in nine countries, as well as over 10,800 citations to his name. He has participated in grants and industry collaborations exceeding $20 million and has attained broad international recognition for his work. Some of this work includes the development and commercialization of non-volatile ferroelectric memories, which resulted in his designation as the winner of the IEEE 2006 Daniel Noble Prestigious Award and an Electrical and Electronics Engineers (IEEE) fellow. He has won numerous awards for his work in the commercialization of ferroelectric random-access memory (FeRAM) technologies, and is currently an honorary professor at Fudan University, China, and Kochi University of Technology, Kyoto, Japan, and honorary member of ITE, Japan.

His 40 years of service to the CU community have been marked by the development of consistently cutting-edge, graduate-level coursework in his research areas and the sublime implementation of those curriculums in the classroom. He has consistently worked with an array of graduate students, with his very first Ph.D. student, now a Distinguished Professor at Rutgers, praising his scholarly prowess and noting his prolific citation and patent counts. 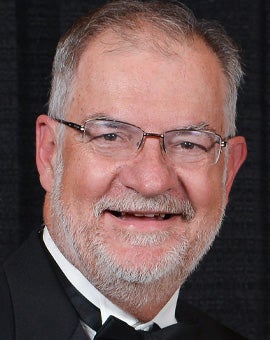 A member of the faculty since 1982, Davis has spent over 40 years demonstrating exemplary scholarly, instructional and leadership contributions to CU. Recipient of numerous scholarly honors and awards, Davis also was recognized by CU Boulder in 1989, 1996, 2000, 2002 and 2018 with Outstanding Teaching Awards and by the AlChE with the Warren K. Lewis Award in Chemical Engineering Education in 2019. Service honors and awards include the CU Boulder Robert L. Stearns Award and Distinguished Engineering Alumni Award, among others.

Davis’ research encompasses a broad array of chemical engineering topics. He and his students engage in modeling and experiments in the areas of fluid dynamics, biotechnology, and membrane filtration. A paper he coauthored on the topic of microfiltration in the Journal of Membrane Science is one of the most highly cited publications ever published in the journal. Davis has published 240 peer-reviewed journals and books, with over 19,000 citations. He has secured grants as Principal Investigator from the National Science Foundation, National Institutes of Health, National Aeronautics and Space Administration, Department of Education, and Defense Advanced Research Projects Agency.

The funding secured through those numerous grants has allowed him to support an active cohort of postdoctoral, Ph.D., master’s and undergraduate researchers. Having mentored approximately 35 Ph.D. students, 30 master’s students, and more than 165 undergraduate researchers, he has been enormously impactful in his program at CU. Throughout Davis’ 25-year tenure as Department Chair and then Engineering Dean, CU Engineering has improved in areas of degrees awarded, ranking increases, and growth in research output. His peers attribute this impact in recent decades largely to his leadership. 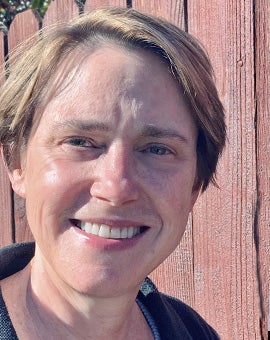 Hall is an expert in sociolinguistics and linguistic anthropology, and retains a well-deserved reputation as a sophisticated theorist and rigorous analyst of fundamental questions regarding the relationship of language to gender and sexuality, social class, identity, modernity and globalization, and contemporary Indian society. In her career, Hall has helmed nine edited volumes and coedited four special journal issues. Currently authoring two books and serving as co-editor of the journal Gender and Language, her work is regularly included in anthologies of the most important work in the field and discussed in introductory textbooks to sociolinguistics, language and gender studies, and linguistic anthropology.

Hall’s work is of a rare quality in that it has shaped the direction of her field in a number of ways. Her articles theorizing the relationship between language and identity rank among the most highly cited publications in the history of sociolinguistics. She is widely recognized for bringing sexuality into the study of language and gender: She founded the field of Queer Linguistics and is coeditor of the first Oxford Handbook of Language and Sexuality. Past president of the Society for Linguistic Anthropology, her work takes many forms — including ethnographic work with hijras, a nonbinary “third gender” category in India — and is foundational to the study of the fields she has advanced.

As Associate Chair of Undergraduate Studies, Hall revitalized the undergraduate degree program, resulting in a substantial increase in undergraduate majors. She established the interdisciplinary graduate program in Culture, Language and Social Practice (CLASP) and developed it into a research center with an international reputation. She has received numerous recognitions for her improvements to the Literacy Practicum, a community-based learning program. A popular professor, her work with undergraduate and graduate students — who leave glowing reviews — attests to the professorial impact she has had in addition to her prowess in scholarly research. 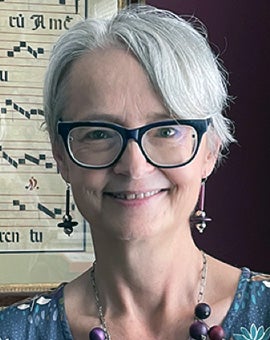 Maloy specializes in early medieval music. Her primary interests are liturgical chant, liturgy and ritual, and the theory and analysis of early music. The author of four books and many articles and book chapters, Maloy has substantially contributed to her field and is a leading voice in musicology. Her current and recent work has been supported by funding from the European Research Council, the Arts and Humanities Research Council in the United Kingdom, the American Council of Learned Societies, and the Institute for Advanced Study in Princeton.

Within CU, she is recognized as among the most respected and dedicated teachers at the College of Music. A part of the CU faculty since 2002, Maloy has demonstrated a deep commitment to teaching. From the beginning of her time at CU, she has taught 18 different courses, ranging from introductory courses for non-music majors to doctoral seminars in musicology.

In her tenure at the university, she has served as a member of many university and college committees, and serves as a frequent peer reviewer and external evaluator for presses, journals and other institutions. 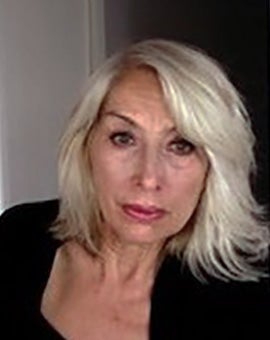 The Director of Humanities and Director of the Cognitive Studies Minor at UCCS, Olkowski has served the CU community in a number of roles since 1990, throughout which she has published 14 books, over 100 articles, and has been cited 1741 times. She is a globally ranked scholar in several of her fields, including 15th in the very large field of feminist philosophy.

Her scholarly status has been recognized internationally within the field of continental philosophy, specifically as it pertains to the work of the philosophers Gilles Deleuze, Henri Bergson and Maurice Merleau-Ponty. Distinguished literary critics, including a member from the Academy of Arts and Sciences, noted that, “Starting as a perfect critical commentor of Deleuze, Bergson and Merleau-Ponty, she has now produced an original body of work that has redefined the field.” 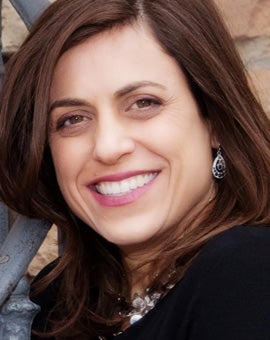 Having joined the CU faculty in 1998 as an Assistant Research Professor in Computer Science, Palen has served the CU community in a variety of roles, culminating in her current roles as Professor of Computer Science and Professor of Information Science. She also founded this latter department as its chair in 2015, a department that has attracted world-class faculty who engage in a wide variety of pressing problems in information science, and that offers new bachelor’s, master’s and Ph.D. degree programs to CU students.

Palen is widely credited with pioneering the field of crisis informatics, which examines the role of information and computing in mass emergency and disaster situations. Her scholarly work engages with the areas of human-computer interaction, human-data interaction, and computer-supported cooperative work. Her work has been cited over 20,000 times and its longevity has been recognized by the ACM SIGCHI Societal Impact Award (2015) and her inclusion in the ACM SIG Computer Human Interaction Academy (2016).

Palen has been a Principal Investigator in research projects supported by National Science Foundation (about $5 million), which has expanded the CU Boulder scholarly community through interdisciplinary multi-faculty and multi-student teams that cross computer and information science with the social sciences. She has mentored 15 Ph.D. students who engage in interdisciplinary work; 13 of these students are women, which is a rarity in male-dominated tech fields. Her former students have gone on to conduct research and lead impactful labs in their own specialized areas of crisis and disinformation at top universities in computer science and information science. A dedicated instructor and administrator, Palen has continued to innovate curriculum, mentor researchers, and stimulate student engagement. 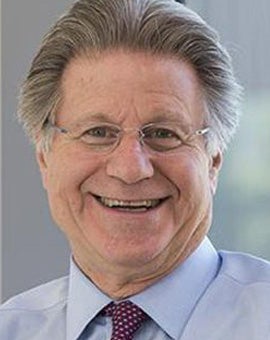 Joining the CU community in 1979 as an instructor in Pediatrics, Sokol’s contributions to the university have been distinguished by research, clinical care, mentorship and administrative leadership. He directed the Digestive Health Institute from 2006-22, a clinical care program at Children’s Hospital Colorado ranked No. 1 in the country by U.S. News and World Report in 2020 and 2021. His work also has led to the creation of the Colorado Clinical and Translational Sciences Institute and he has been awarded more than $200 million from the National Institutes of Health for research funding.

Sokol’s research has been focused on defining the causes and pathogenesis, development strategies for treatment, and outcomes of infant and childhood liver diseases. In this effort, he has published more than 290 original articles and 125 book chapters or review articles as well as being co-editor of the leading textbook on childhood liver diseases. Sokol also holds five patents related to the use of antioxidants in the treatment of cholestasis, and his discoveries have significantly affected the way cholestasis-induced vitamin E deficiency is diagnosed and treated.

His scholarly work has gained national and international repute, evidenced by his 385 national and international invited lectures and Visiting Professorships, all of which serve to promote CU Anschutz as a world leader in childhood liver disease research and clinical care. Sokol also excels at teaching, including didactic and bedside teaching for medical students, and has an outstanding record as a mentor. He has 48 past mentees that have gone onto illustrious academic careers, further cementing CU Anschutz’s status as a leading figure in the production of capable medical researchers and leaders in their fields.