CU names José Padilla vice president, general counsel and secretary to the Board of Regents 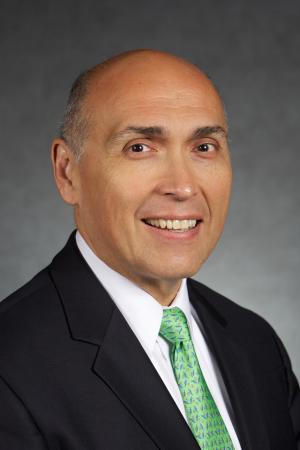 Denver – The University of Colorado today named José Padilla Vice President, University Counsel and Secretary to the Board of Regents.

Padilla, now vice president, general counsel and secretary at DePaul University in Chicago, will begin his duties at CU July 6. He has deep and wide-ranging experience in higher education, public policy, community engagement and government.

“This is a critical position for the university and the Board of Regents, so we are thrilled to have someone of José’s caliber, experience and expertise on our team,” said Glen Gallegos, chair of the CU Board of Regents. “He joins us as we face some substantial challenges, and he will be a key contributor to advancing CU on a variety of fronts.”

In addition to serving as DePaul’s general counsel since 2005, Padilla oversees management of the university’s 40-member Board of Trustees. DePaul is a doctoral/research university with some 22,000 students, making it the largest Catholic university in the United States. While serving as DePaul’s general counsel, he also provided interim leadership in separate stints to the university’s Office of Community and Government Relations and later the Office of Public Relations and Communications.

“I am excited to be joining the team at one of the pre-eminent public research universities in the country,” Padilla said. “I am impressed by the quality of the university’s legal operations and I look forward to working with the Board of Regents and President Kennedy to continue CU’s progress, as well as to support the university’s efforts to navigate the current pandemic crisis. Every day, I hope to earn my seat at the table of these wise and dedicated university leaders.”

Padilla will serve as secretary to CU’s elected nine-member governing board, as well as oversee a systemwide legal team of 28 attorneys who provide comprehensive legal services to CU’s four campuses and system administration. He replaces Patrick O’Rourke, who left in February to become interim chief operating officer of CU’s Boulder Campus.

“José is not only an accomplished attorney and skilled higher education administrator, but he is also deeply involved in his community, active in important professional organizations and widely respected and engaged nationally,” said CU President Mark Kennedy. “He will be a welcome addition to our leadership and to the CU community.”

Padilla served as chair of the Board of Directors of the National Association of College and University Attorneys, the professional organization for university attorneys with 870 member institutions and some 4,500 attorneys represented. He was the first-ever Latino chair. He also has served on the Board of Directors of the University of Michigan Alumni Association, one of the largest alumni organizations in the country. He currently serves on the Board of Trustees of Saint Thomas Aquinas College in New York.

Padilla has a variety of experience in government. He was a political appointee in the Clinton administration, serving as assistant commissioner for congressional and public affairs at the U.S. Customs Service within the United States Department of Treasury. He also served as a legislative assistant for U.S. Senators Lloyd Bentsen and Robert Krueger. Padilla was on the national board of the Fund for the Improvement of Postsecondary Education in the U.S. Department of Education.