CU in Africa – and beyond It was 2009 in Cape Town, South Africa, when at the age of 16 Ashrudeen Daniels was stabbed in the heart two times and written off as dead. G.F. Jooste Hospital Nurse Francis Goliath wasn’t having it. Thanks to her training and that of the doctors by CU School of Medicine faculty and students, she instead called for a code red. Drs. Shreya Rayamajhi and Dennis Allen responded and performed a thoracotomy, cutting open Daniels’ chest and stitching up the knife wound in his heart. The youth was sitting up the next day and went home four days later.

That’s just one of the stories doctors in the Global Emergency Care Initiative (GECI) share of their collective decades of experiences – mainly in Africa – helping train health care providers on life-saving procedures. 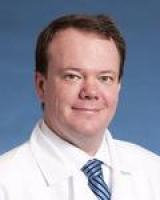 “One of the doctors who had just received our training said, ‘Wait a second, let me go grab the ultrasound and take a look,’” explained Dr. David Richards, associate professor in the Department of Emergency Medicine in the CU School of Medicine. “And he saw a bunch of blood around the kid’s heart, and saw the heart was still pumping a little bit. And so they did several procedures to save his life.”

Richards is one of the core faculty of GECI – which officially became an initiative in 2016 even though the CU Anschutz Emergency Medicine doctors have been serving communities across the globe for much longer. GECI leads several education programs throughout the United States and across the globe; Richards leads medical student education in South Africa.

“I’ve been running a program there for almost 14 years where we bring students from the U.S., mostly from CU but also from some other places, to work clinically in the emergency departments in some very poor township areas outside of Cape Town, and to contribute to research and education projects,” he said.

The students spend half of their time serving the communities and the other half on research or education projects that are longer standing, more ethical and a sustainable product for the Africans, Richards said. 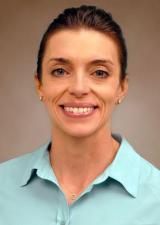 Dr. Emilie Calvello Hynes, associate professor in the Department of Emergency Medicine in the CU School of Medicine and founder of GECI, guides the U.S.-based and global professional education. She explained there are six core faculty members who are part of the initiative, as well as affiliate faculty from CU medical professional schools, "making the organization truly multi-disciplinary." 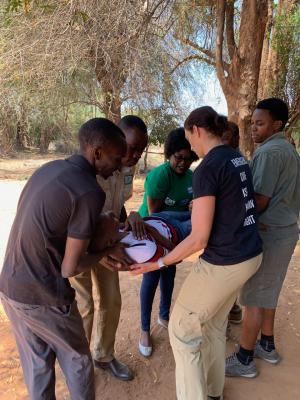 Dr. Calvello Hynes instructs lay providers in how to safely carry an injured patient out of a vehicle.

Emergency care education provided by GECI faculty in multiple locations in the world has helped save many lives.

“We also have programs in Liberia, Uganda, among paramedics in South Africa to address prehospital trauma care and multiple other location,” she said. “Our whole focus is around building emergency care capacity in low-income countries. This has been a neglected area for global health for the last 30 to 40 years.”

The students who take part in the GECI program at home and abroad come from the CU School of Medicine, College of Nursing, School of Public Health, School of Pharmacy and a few from the Physician’s Assistant program.

Through Richards’ program, the CU students are trained to assist in understaffed facilities in South Africa. “The disease prevalences in Africa are much more diverse and severe than what we have here. Namely the amount of tuberculosis and HIV and AIDS really changes the applicability of what medical students from here can do there,” Richards said. “The hospitals are relatively. And the doctors end up doing a lot of things like starting IV's, and suturing lacerations.”

GECI students are taught how to do those tasks before they leave the states. “They basically take on these lower tasks that take a lot of time and not much knowledge to do and that frees up the South Africans to take better care of their patients,” Richards said.

The CU doctors have a long-standing history of partnership and care in South Africa, and the initiative has recently been focused in Zambia in collaboration with the Ministry of Health. The care reaches far beyond just disease treatment, Calvello Hynes said.

“Over the last couple of years we’ve provided a considerable amount of on-the-ground education for their frontline care providers,” Calvello Hynes said. “The providers in Zambia are seeing large numbers of mass casualty events due to road traffic accidents. Few providers are trained in how to manage trauma let alone mass casualty events.” 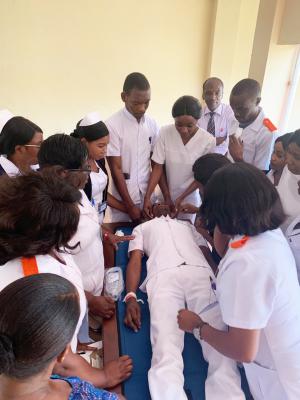 New Zambian trainers teaching the next generation of emergency nurses.

“Emergency care is not just infectious disease, it’s not just surgery, it’s not just maternal health. Emergency medicine can address all the emergencies, that are causing excess death and disability, in every medical specialty,” Calvello Hynes said. “GECI faculty work in resource limited hospitals that see substantial numbers of injuries from road traffic incidents or interpersonal violence. We help train frontline providers on how to approach and manage all trauma and medical emergencies.”

The rise in road traffic injuries is the result of an influx of money to build road infrastructure from foreign countries to Africa in exchange for resources, she explained.

“Foreign governments and companies paved the roads, but nobody paid attention to primary injury prevention and the infrastructure required to keep people safe.  For example, in the United States we have guard rails, pedestrian bridges, mandatory helmet and seatbelt laws and airbags in our cars,” Calvello Hynes explained. “In many African countries, people go from driving 20 miles an hour on a dirt road to driving 75 miles an hour on a paved road without any concessions made for goats crossing the road, kids’ school zones and market areas. This results in severe injuries and a recent large uptick in road traffic injuries in the Afro-region.

“GECI is not bringing any new and expensive resources in. We're using what the facilities already have and teaching them how to use it effectively to resuscitate patients and to identify life threats early,” she said.

Calvello Hynes said GECI faculty participated in a study looking at the effectiveness of the WHO course in Uganda and Tanzania. They found that in Uganda had a 50% reduction in mortality following implementation of the WHO Basic Emergency Care course.

The South Africa program is popular among CU students, Richards said, noting an average of 30-40 students apply to the program for only six slots. The approach to the choosing the students is unique. 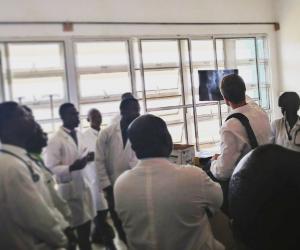 As far as he can tell, nobody across the U.S. is taking that approach of engaging the country in choosing which students will best suit their needs. But he thinks it will catch on.

“The students have a lot to learn from what the South Africans have to say. And looking back, we've done a couple of studies on the students that have returned, and now that this has been going on for so long, they've spread all over the world,” he said. “It's a very formative experience for them in terms of learning about touching patients and doing things to learn medicine in a really intense environment.”

Trainings are not only for the students, they’re ongoing and serve many practitioners who want to reach out to help in countries across the globe, Calvello Hynes said.

GECI provides a number of different courses to help health care providers prepare for global health engagement: One is the Global Health Primer – an entry-level course – and the Global Health Accelerator – a more advanced course – offered in Colorado two times a year to prepare providers for addressing health care needs across the globe. GECI has also started training trainers from all over the world to provide the WHO Basic Emergency Care Course. 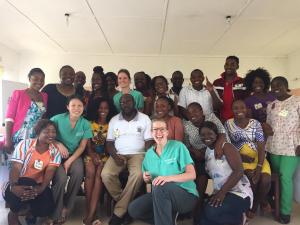 Emergency Medicine residents and their new WHO Basic Emergency Care graduates in Zambia.

“We did a large training right before a large national conference [American College of Emergency Physicians] here in Denver,” Calvello Hynes said. “We were able to train 150 new trainers from 24 different countries over the course of two days. We now have 150 new trainers who are ready to be sent out to teach the WHO Basic Emergency Care Course all over the world.”

Richards explained, “The goal of that course is to introduce them to the ethical framework, to talk about sustainability and to try to get their heads screwed on right about what they're doing, because there's a lot of unethical, and unsustainable things being done out there.”

Richards said one drawback to the program is the students chosen have to pay their own way.

“It costs them probably $4,000 or $5,000 for the experience. And one thing that's bothered me, and it seems to be getting worse over the years, is that that tends to mean that only students who are well-to-do are able to do it when it comes down to it.”

Some donors have stepped in to provide financial aid and scholarships, but there’s more to be done, he said. For more information or to support GECI efforts to educate frontline emergency care providers, contact Dr. Emilie Calvello Hynes at emilie.calvellohynes@CUAnschutz.edu or coloradoglobalem.org/donate.