This course evaluates the medieval history of Toledo from the era of the Visigoth Kingdom (6th-8th centuries) through its Islamic period (8th to 11th centuries) and into its reintegration into Christian Spain (after 1085 c.e.) In particular, we take note of the cultural and religious transformations that characterized the city with a special effort to understand how many peoples and religions came to settle and live amongst one another. We will virtually-tour the Islamic and Christian structures of the Museo de Santa Cruz, Iglesia de San Román, Sinagoga del Tránsito, Mezquita de Bab al-Mardum, Archivo Municipal de Toledo, and the Archivo Historico de la Nobleza. We examine the Visigoths transition from Christian Arianism to Catholicism and the harsh treatment of the Jewish population.

We explore Islamic governance and development of the medieval city of three faiths, with a special interest in its cultural achievements. We will study King Alfonso “The Wise” (1252-1284)’s efforts to characterize himself as the “king of three religions” via his legal codices, the creation of the Cantigas de Santa María, and his intellectual endeavor known as the Toledo School of Translators. We evaluate the robust Jewish and converso noble families of the city and appreciate their intellectual, religious, and economic contributions to Castilian life. We will bear witness to the rise of anti-Jewish blood purity statutes, the creation of the Inquisition, and the expulsion of the Jews. We also briefly introduce and study Spanish manuscripts from the municipal and cathedral archives to make new scholarly breakthroughs relating to the Jewish, Christian, and Muslim interrelations.

No knowledge of Spanish is needed to participate in the course or in our transcription efforts. 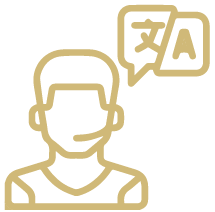 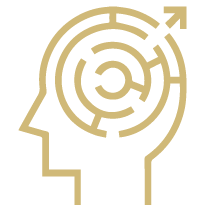 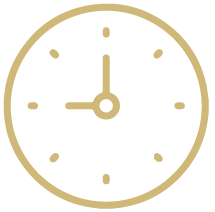 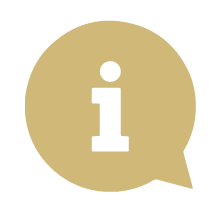 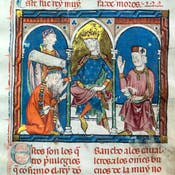 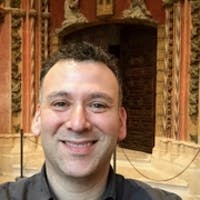 Dr. Martínez is a European Commission Marie Curie Fellow at the Universidad de Carlos III de Madrid (Spain) and an Associate Professor of History at University of Colorado-Colorado Springs (USA). In addition, he is an expert evaluator for Spain’s Agencia Estatal de Investigación: División de Coordinación, Evaluación y Seguimiento Cienítifico y Técnico. He is a specialist in Sephardic Jews and conversos, culture, and family history for the 12th through 16th centuries; medieval and early modern Spanish history; religious minorities and religious converts; and the 16th century trans-Atlantic migration of Spaniards to the Americas. Relying on his specialized training in Spanish paleography and Spanish and Portuguese language expertise, Dr. Martínez has conducted research in approximately fifty (50) local, ecclesiastical, provincial, and national archives in Spain, Vatican City, Mexico, Bolivia, and the United States. His forthcoming text, Creating Conversos: The Carvajal-Santa Maria Family in Early Modern Spain, will be published by the University of Notre Dame Press in 2018. Roger served as Guest Curator for the Fractured Faiths: Spanish Judaism, the Inquisition, and New World Identities exhibition at the New Mexico History Museum (Santa Fe, NM), an exhibit that investigated the Sephardic Jewish community and culture before and after the Edict of Expulsion of 1492. He has published in the peer-reviewed Bulletin of the Association for Spanish and Portuguese Historical Studies and Journal of Spanish, Portuguese, and Italian Crypto-Jews, and reviewed books for The Sixteenth Century Journal and The Americas. Dr. Martínez is the fortunate recipient of several research fellowships and awards, including ones provided by the Mellon Foundation, the Council for European Studies, the Spanish Ministry of Culture’s Program for Cultural Cooperation, the International Institute for Jewish Genealogy (IIJG) and Paul Jacobi Center at the National Library of Israel, and the University of California-Los Angeles Maurice Amado Program in Sephardic Studies and Center for Jewish Studies. From Fall 2015 through Summer 2018, Dr. Martínez serves as a UC3M CONEX-Marie Curie Fellow and is advancing his Deciphering Secrets Massive Open Online Course pertaining to Jewish, Christian, and Muslim interrelations during the Spanish Middle Ages. He endeavors to reach as many as 100,000 students. From fall 2008 to spring 2010, he served as the Burton Postdoctoral Fellow at Saint Joseph’s University (Philadelphia, Pennsylvania) and earned his Ph.D. in May 2008 from the Department of History at the University of Texas at Austin. Dr. Martínez specializes in the study of intercultural relations and how group and individual identities hybridize. His personal website is http://rogerlouismartinez.com. Deciphering Secrets MOOCS is at http://decipheringsecrets.com