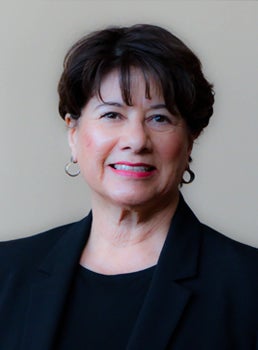 Griego, a Democrat, was sworn in as a regent in December 2011 after being appointed by Gov. John Hickenlooper to represent the 7th Congressional District, filling a vacancy on the board. Griego’s appointment continued through the general election in 2012. She was elected in 2012, serving until the 2014 general election, and re-elected to serve from 2015-21.

Griego was elected board chair in 2016-17, the first Latina chair, and elected board vice chair in 2014-15, 2015-16 and 2019-20. She has chaired the governance and laws and policies committees and the capital construction subcommittee.

In her 38-year career, Griego has worked as a classroom teacher, elementary school principal, community superintendent and instructor for aspiring school administrators. She established the Office of Diversity and Inclusion at Jefferson County Public Schools in 2010. The systemwide effort was nationally recognized in September 2011 when the Jeffco School District received the prestigious National Association for Multicultural Education (NAME) award for an institution.