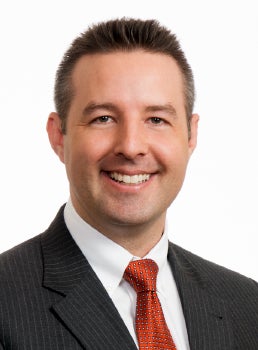 Before becoming an attorney, he served for three years as an officer and analyst with the Central Intelligence Agency (CIA), including a brief undercover assignment in the Middle East. While working at the agency, Hill also wrote analytical products for the president and the National Security Council, and briefed senior State Department officials.

Hill served six years in the Navy, including a one-year deployment to north-central Iraq. Although he had fulfilled his active-duty military commitment as a naval intelligence officer, Hill deferred his acceptance to graduate school and volunteered to serve in Iraq.

Previously, Hill was the intelligence officer with an F-18 strike-fighter squadron. His first of two deployments took him throughout Asia and the Middle East aboard the USS Nimitz aircraft carrier before supporting Operation Iraqi Freedom; the second, to Marine Corps Air Station in Iwakuni, Japan, to help maintain a regional U.S. presence in the event that conflict broke out on the Korean peninsula or between China and Taiwan. In both instances, Hill briefed pilots regarding possible enemy threats and helped plan missions for real-world operations. The Navy then ordered Hill to United States Forces, Korea, in Seoul as the Theater Ballistic Missile/Weapons of Mass Destruction Analyst, charged with assessing North Korea’s nuclear capabilities.

Hill earned two Exceptional Performance Awards while with the CIA. As a military officer, he earned two Joint Service Commendation Medals and a Navy Achievement Medal, among other awards. He also was nominated twice by his Commanding Officer to be Navy Intelligence Officer of the Year for the entire U.S. Navy.

Hill graduated in 2001 from Dartmouth College, where he served as student body vice president. He also graduated with honors from Georgetown’s School of Foreign Service in 2010 and from the University of Michigan Law School in 2015 as a selected member of the editorial board of the law review.